Prominent British politician Lord (Michael Abraham, Baron) Levy has sounded the alarm that anti-Semitism is rising in the Labour Party. He is threatening to leave the fold if something is not done to stem the tide.

The Jewish peer has been a chief fund-raiser for the party. He is a longtime friend of former Labour Prime Minister Tony Blair, and spent nine years as Blair’s special envoy to the Middle East.


A son of observant Jewish parents, Lord Levy warned that current Labour leader Jeremy Corbyn is presiding over what appears to be a resurgence in the party’s acceptance of anti-Semitism.

The peer warned that Corbyn must speak out against the attacks immediately if he wants to stop the bleed in Jewish Labourites who no longer have faith in the party.

Lord Levy himself has threatened to leave the party unless Corbyn publicly denounces the anti-Semitic comments made by party members.

Socialist Fight member Gerry Downing recently demanded the “Jewish problem” be addressed – and then applied for membership in Labour, and was accepted, The Telegraph reported.

Labour’s former Woking candidate Vicky Kirby was suspended after tweeting “What do you know abt Jews? They’ve got big noses and support Spurs. Lol” – and then was readmitted to the party.

Even party leader Jeremy Corbyn has no hesitation about having tea on the terrace of the House of Commons with “anti-Semites, Jew-haters,” wrote Telegraph journalist Tom Harris, who reported they encourage followers to “paint graffiti declaring: ‘Hoax gas chambers built in Hollywood.’ “ Harris points out Corbyn’s association with “and friendship of, the Hamas terrorist organization… here is an organization which, far from denying its anti-Semitism, proudly states its commitment to killing Jews in its own constitution.”

Corbyn’s attendance last year at a Labour Friends of Israel reception during a party conference was illuminating: yes, he showed up, but no, he never once spoke the word “Israel” – a perfect example of the new Semitism in action.

Jonathan Arkush, president of the Board of Deputies, has said there is a “real problem of anti-Semitism on the far Left.” His take on the situation: “Most people in the Jewish community can’t trust Labour.”

Lord Levy told Sky News after hearing about the anti-Semitic comments spewed by his party colleagues: “Frankly it is now up to the leadership to make sure there is a clear an unequivocal message out there that anti-Semitism in any form will not be tolerated in the Labor party.

“It is for the leadership to make that absolutely clear. If they don’t make that clear then I will start to question myself and actually question my being a Labour peer and a proud member of the Labour party.”

For all that, however, Lord Levy himself has also been targeted while in the House of Lords, he admitted.

“I was told when I was taking someone into the Lords that someone on the other benches made comments at the back, saying: “Who is the Jew boy bringing into the House now?” 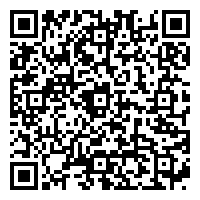