The UN has announced on Tuesday that it is suspending all aid convoys across Syria, following an air attack on relief trucks near Aleppo that killed a Syrian Arab Red Crescent staff member and about 20 civilians, and destroyed a warehouse and hospital.

UN humanitarian aid spokesman Jens Laerke told reporters in Geneva that “as an immediate security measure, other convoy movements in Syria have been suspended for the time being pending further assessment of the security situation.” But he added that the International Committee of the Red Cross (ICRC) remains “committed to stay and deliver to everybody in need in Syria.”


Local war monitors are blaming either the Syrians or the Russians for the strike against the aid convoy near Aleppo on Monday, which came after the Syrians had declared an end to the week-long ceasefire.

The attack may have been done in retaliation for last Saturday’s airstrikes by US planes against Syrian regime forces who had been under siege by ISIS in the town of Deir ez-Zor. At least 62 Syrian servicemen were killed and more than 100 wounded in what the Americans described as a mistake.

Igor Konashenkov, an official spokesman for the Russian defense ministry said on Tuesday that “no airstrikes on the UN humanitarian convoy in the southwestern outskirts of Aleppo were carried out by the Russian or Syrian forces.”

“The Russian side did not monitor the movement of the UN truck convoy that came under attack near Aleppo after the humanitarian cargo was delivered to that city,” he added.

“If this callous attack is found to be a deliberate targeting of humanitarians, it would amount to a war crime,” UN aid chief Stephen O’Brien said in a statement. He noted that the Syrian government had given the humanitarian convoy permission to move into Aleppo shortly before the attack.

Peter Maurer, president of the ICRC, released a statement saying “yesterday’s attack is a flagrant violation of international humanitarian law and it is unacceptable. Failing to protect humanitarian workers and structures might have serious repercussions on ongoing humanitarian work in the country, hence depriving millions of people of aid essential to their survival.” 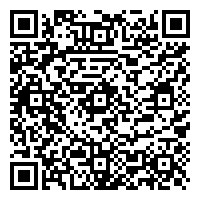