James Okeef’s Project Veritas, whose stated mission is “to investigate and expose corruption, dishonesty, self-dealing, waste, fraud, and other misconduct in both public and private institutions in order to achieve a more ethical and transparent society,” has done it again. After hitting Planned Parenthood, ACORN, Senator Mary Landrieu, NPR, and operatives of the DNC who admitted to provoking violence at Trump rallies during the 2016 campaign, just released a new video uncovering a group calling itself the DC Anti-Fascist Coalition, who were plotting to disrupt President Trump’s inauguration ball.


According to their website, a Project Veritas journalist attended an AFC meeting in DC which discussed disrupting the “Deploraball” at the National Press Club on the night before the inauguration.

Project Veritas plant later joined the group at a pizza restaurant (home of the Pizzagate, where Hillary Clinton supposedly stashed her abused victims), and one participant suggested that “if you had a pint of butyric acid, I don’t care how big the building is, it is closing…” Adding, “And this stuff is like very efficient, it’s very, very smelly and it lasts a long time. A little bit goes a long way.”

Project Veritas reported that the group discussed how to insert butyric acid into the building’s ventilation system. They also considered activating the sprinklers or setting off fire alarms, anything to prank the folks in their black tie best inside. Once outside the building, they would be confronted by Trump-hating protesters.

Project Veritas says they gave the video they shot clandestinely (it’s really very dark, including the parts they shot in their own office) to the authorities, and their attorney has met with “anti-terrorist law enforcement and Secret Service officials.” 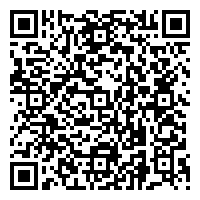