During Monday’s special Knesset session honoring the memory of Shimon Peres, Prime Minister Benjamin Netanyahu addressed the peace summit that took place in Paris a day earlier, saying “peace will not be achieved by force or from above, not at futile conferences, and not by foreign dictates. It can only be achieved in direct negotiations between the sides.”

Netanyahu said that Peres, Israel’s ninth president and former prime minister who died in September at the age of 93, “spoke of a new Middle East; of a world where peace provides security. He wanted an era of rationalism, progress and tolerance between people and nations. Unfortunately, this has not come to pass.”


“The transition to the 21st century has taught us that the waves of fanaticism continue to be high, the forces of radical Islam have become stronger, and the storm they are causing is sweeping the area around us,” the PM told the session, which was held in the presence of President Reuven Rivlin and members of the Peres family. “In these circumstances it is clear – and I believe this was clear to Shimon as well – that alongside our aspirations for peace, we must constantly bolster our strength and prevent harm to our sovereignty.”

Opposition leader MK Isaac Herzog called Peres “one of the greatest leaders of the Jewish people in recent generations.”

“Not necessarily because of his political leadership,” he said, “but due to his groundbreaking activities in all areas, including defense, welfare, the economy, and education. But I think that above all, Shimon Peres will be remembered in Israel’s history books as one who looked reality in the eye and rather than be deterred or try to keep it as is, he chose to change it.”

“It appears”, Herzog said in his speech, “that recently there has been a certain attempt to dim Peres’ peace doctrine; his faith in the two-state vision and [his efforts to achieve] a comprehensive peace with our Palestinian neighbors. Therefore, it is important to remember his doctrine – here and now, in this plenum. Yitzhak Rabin and Shimon Peres marched together towards the bold act in order to preserve the Jewish nation’s one and only democratic state.”

Knesset Speaker Yuli Edelstein said Peres dedicated much of his life, mainly as a politician and public figure, to “realizing his vision of peace between Israel and its neighbors, but, unfortunately, the public discourse on the possibility of realizing this vision, as well as the question of the heavy price many believe this would entail – myself amongst them – have turned ‘peace’ into an offensive term among a large segment of the public.”

“Differences of opinion are legitimate and necessary, but not when they get out of control. Here the disagreement quickly turns to hatred, to a deep rivalry, from which the way to incitement and public shaming is short,” he said. 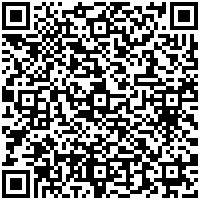