“Incitement to Violence without Borders” has reached the British Parliament, where UNRWA spokesman Chris Gunness spoke to a “charity” organization that channels money to the Hamas terrorist party and army.

The U.S. government formally has declared the British-based Interpal “charity” group a terrorist organization because it helps Hamas keep its pockets full of cash.

The State Dept. was unable to answer a question posed at a press briefing this week if Gunness’ speaking to Interpal might be included in a possible investigation of UNRWA incitement, an issue that has been raised because of its employees’ hateful anti-Israel posts on social media.

State Dept. spokesman John Kirby said he would” take the question,” but he has not given back an answer.

The Washington Free Beacon asked for a clarification about Gunness’ speech and was told:

We have seen the reports on this event, though we did not attend. We understand that the UNRWA spokesperson attended an event at the British Parliament to benefit wounded Palestinian children, hosted by several of its members.

We have long made known our commitment to UNRWA’s absolutely essential work in helping Palestinian refugees—including many refugee children. And we have made clear our position that UNRWA must be able to work independently and free from bias.

Bias at the UNRWA? Gunness Biased, the same Gunness who has called the IDF “callous” for trying to stop Hamas missile attacks on half of Israel last summer and :who has blamed the “blockade” for what he declared is a rise in the mortality rate of infnats in Gaza?

And what did Gunness have to tell Interpol last week?

He talked about “little Mohammed,” whom he said was blended by an IDF artillery shell in the war against Hamas last summer. He also spoke about a “child who froze to death.” That is Israel’s fault, he said, because of the “slow pace of reconstruction,” although another reason just might be Hamas’s using construction material to build weapons factories and rockets.

Here is UNRWA’s response to the Free Beacon when asked about Gunness’ appearing at an organization that the United States has designated a terrorist group:

UNRWA Spokesman Chris Gunness spoke at an event in the UK Parliament sponsored and attended by British Members of Parliament about a project supported by a legally registered UK charity to help approximately 300 blind and visually impaired Palestinian children in Gaza in need of special assistance.

It did not say what the U.S. Treasury has to say about the British-based group:

Interpal, headquartered in the UK, has been a principal charity utilized to hide the flow of money to HAMAS. Reporting indicates it is the conduit through which money flows to Hamas from other charities, e.g., the Al Aqsa Foundation, and that it oversees the activities of other charities.

Florida Republican  Rep. Ileana Ros-Lehtinen this week proposed a law that would cut off U.S. funding to UNRWA  unless it document that its employees have no links with terrorist organizations and can certify that no employees of the organization have ties to terrorism or anti-Semitic incitement.

The Florida legislator said in a statement, according to the Free Beacon:

In response to the increased terror and violence in Israel, we must hold those who are responsible for inciting this violence accountable, and that includes UNRWA.

The U.S. can’t continue to send $400 million to UNRWA while ignoring the systemic and endemic anti-Israel, anti-Semitic bias and the blatant incitement to violence we see from its employees.

UNRWA employees and facilities are consistently tied to foreign terrorist organizations and a full accounting of the agency’s affiliations should be required before another dime is spent on this divisive organization. 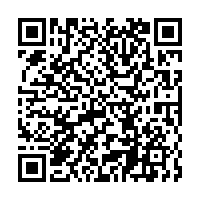