The UN Security Council on Tuesday dismissed Prime Minister Netanyahu’s claim, made before a special session of his cabinet on the grounds of the region in question earlier this month, that the Golan Heights would “forever” remain under Israel’s control, as it has been since 1967. In the 19 years from 1948 to June 9th and 10th, 1967, a succession of Syrian governments used the vantage point of the Golan heights to target the Israeli civilian population along the shores of lake Kinneret.

“It is time that the international community recognized reality,” Netanyahu said on April 17, announcing, “Whatever happens on the other side of the [Syrian] border, the border itself will not move. And secondly, the time has come after 40 years for the international community to finally recognize that the Golan Heights will remain under Israeli sovereignty forever.”


Incidentally, what happens on the other side of the border is the brutal slaughter of military and civilians that has reached, according to some estimates, half a million dead, with about ten million civilians displaced. Had any Israeli prime minister in the past acted on the insane notion of returning the heights to the Syrians, Israel would have had to deal today with the worst fighting forces humanity has to offer virtually controlling its fate from high on top of the Golan basalt hills.

After reviewing Netanyahu’s claim, the UN Security Council members “expressed deep concern” over his position and “stressed that the status of the Golan remains unchanged.” The UNSC rotating president, China’s UN envoy Liu Jieyi, told reporters that Israel’s imposing its laws in the Golan is against Council resolution 497, and is “null and void and without international legal effect.”

Israel’s UN Ambassador Danny Danon responded saying, “Holding a meeting on this topic completely ignores the reality in the Middle East. While thousands of people are being massacred in Syria, and millions of citizens have become refugees, the Security Council has chosen to focus on Israel, the only true democracy in the Middle East.” 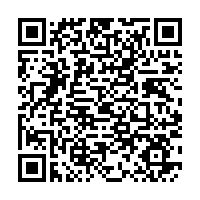