Jerusalem police released a statement Wednesday morning saying three Jewish visitors have been removed from the Temple Mount compound because they “disobeyed the rules.” Jews are not allowed to express any kind of religious sentiment on the Temple Mount, from making a blessing on an apple they’re about to eat to shutting their eyes for longer than a prescribed period of time that would enable them to forge contact with the Deity whose emanation resides on the flat mountaintop. The Jordanian Waqf agency officials instruct Israeli police as to which Jews have violated the rules and those are removed in an orderly fashion.

Wednesday’s evictions add the number of religious Jewish criminals to 11, and, judging by past days’ experience, this number will continue to grow, because some Jews continue to harbor illegal faithful sentiments they refuse to repress. 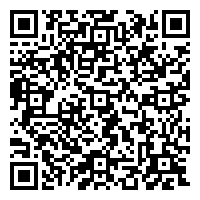