As the sun begins to rise on Friday, Sept. 30, 2016 at its appointed hour in the various time zones around the world, the American flag will begin to move up the flag pole at United State installations, establishments and government institutions around the world — and will stop when it reaches the half-way mark up the flagpole.

The flags of the United States of America — in all public buildings in the continental USA and at American embassies, consulates, military and naval posts, stations, bases and vessels, and any U.S. territory or possession around the world will fly at half-staff Friday until sunset, in honor of the passing of Israel’s ninth President, Shimon Peres.


President Barack Obama issued the order in a White House proclamation, “Death of Shimon Peres,” which was sent out late Wednesday night. Only five other people around the world have earned this honor: among them, the Israeli leader who partnered with Peres and PLO terror chief Yasser Arafat to produce the Oslo Accords in the early 1990s, thereby launching the Palestinian Authority — former Prime Minister Yitzhak Rabin, who was assassinated by an extremist not long after the document went into effect.

Obama issued a statement on Wednesday, saying Peres was “the essence of Israel itself — the courage of Israel’s fight for independence, the optimism he shared with his wife Sonya as they helped make the desert bloom, and the perseverance that led him to serve his nation in virtually every position in government across the entire life of the State of Israel.”

“A light has gone out, but the hope he gave us will burn forever…. For the gift of his friendship and the example of his leadership, todah rabah, Shimon.”

Obama is expected to arrive early Friday with a large delegation, but will stay only for the funeral and will depart shortly thereafter. No talks are scheduled between him and Prime Minister Benjamin Netanyahu, nor with Palestinian Authority leader Mahmoud Abbas, though all three will be in the same place at the same time, with their top aides, in Jerusalem. Security is tightened to an unprecedented level. Israel Police spokesperson Micky Rosenfeld said the Peres family ultimately decided together with the Knesset to close the proceedings to the public, due to the complexity of the security situation.

The Israel Security Agency (Shin Bet) and Israel Police face an unprecedented challenge in simultaneously protecting some 60 dignitaries and heads of state, from the time they arrive until the time they leave Israel. Approximately 8,000 police officers are involved in the effort.

The operation is considered one of the largest in Israeli history. Police Commissioner Roni Alsheikh told reporters Thursday that police have already “detained” a number of suspects — both Muslims and Jews — who are believed to pose a threat to the funeral or to visiting dignitaries. 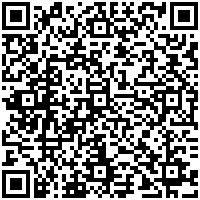