The Conference of Presidents of Major American Jewish Organizations is urging European nations to follow the example of France’s declaring Hizbullah a terrorist organization.

“We welcome the French government’s decision, [which] follows the declaration by the Bulgarian government of Hizbullah’s responsibility for the attack in Burgas in July, 2012 and the conviction of a Hizbullah operative in Cyprus,” said Richard Stone, Chairman, and Malcolm Hoenlein, Executive Vice Chairman of the Conference.

“During the Conference of Presidents Mission to France, we had extensive discussions about this issue with President Hollande, Prime Minister Ayrault, and Foreign Minister Fabius, and found them responsive to the arguments we put forward,” they added.

Declaring Hizbullah a terrorist organization would impose restrictions on Hizbullah’s dealings and would “send an important message about the determination of Europe to deal with terrorism seriously.” 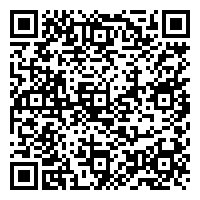