Late Tuesday, Feb. 10, the U.S. State Department announced it was suspending all embassy operations in Yemen, and that it had evacuated its U.S. Embassy American Staff.

The U.S. Embassy in Yemen is located in the capital city of Sana’a.

The announcement further advised that all consular services, whether routine or emergency, had been suspended until further notice. It advised all Americans in Yemen, including those who live there, to leave, and further advised against travel to Yemen. Any U.S. citizens currently in Yemen were advised to contact a U.S. embassy or consulate in a neighboring country for assistance in leaving.

State Department spokesperson Jen Psaki said that the diplomatic personnel who were still in Yemen were evacuated “due to the ongoing political instability and the uncertain security situation.”

The Iranian-backed Sunni Houthi rebels for years controlled northern parts of Yemen. They became emboldened over the past few months and earlier this month stormed the capital, seizing control of the president’s palace, which is also located in Sana’a.

The U.S.-backed Yemeni President Abed Rabbo Mansour Hadi resigned, along with his cabinet,  after the Houthis dissolved the government and placed him and his cabinet ministers under house arrest. The Houthis and the Yemeni government had been engaged in power-sharing negotiations when the rebels decided they had sufficient power to completely take over.

The U.S. Embassy in Yemen joins with U.S. embassies in Damascus, Syria and Tripoli, Libya, as the third in an Arab country shuttered since the Arab spring began in December 2010.

“The United States remains firmly committed to supporting all Yemenis who continue to work toward a peaceful, prosperous and unified Yemen,” Psaki said. “We will explore options for a return to Sanaa when the situation on the ground improves.”

Jerusalem Steps Up To The Plate 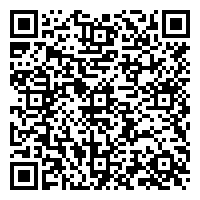