It’s been a great month for US arms manufacturers: Just two weeks after the United States and Qatar – “the world’s largest funder of terror”, according to former President Shimon Peres – signed an $11 billion arms deal, the IsraelDefense website said Thursday that Washington has inked another multi-billion dollar deal for American firms, this time to provide Turkey with an advanced air defense system.

The deal comes at a time when Turkey appears to have re-defined its identity as a Muslim-majority democracy, as well as its role in the Middle East and the Islamic world. Although the Turkish republic, founded by Kamel Attaturk in 1923, has existed as a democracy for 90 years (with three military coups to restore democracy when the country teetered, in 1960, 1971 and 1980), Prime Minister Recep Tayyip Erdoğan has directed the country towards an Islamist path since coming to power in 2002.


The evidence of Erdoğan’s effort to Islamize the Attaturk Republic has been clear for years: After being banned from Turkish politics for five years in the late 1990s and early 2000s for promoting anti-Israel-democratic ideas, he has used his elections to redefine Turkish politics and international relations.

He has purged both the judiciary and the military, giving many Turks and international observers the clear feeling that he is looking to solidify a one-party, one-leader system. More journalists are in Turkish jails today than any other country on earth – not because it is formally illegal to criticise Erdoğan or the government in the local press, but rather because journalists and editors have learned to self-censor if they want to survive. Under Erdoğan’s leadership the country has moved steadily away from the democratic republic envisioned by Attaturk and steadily towards the dark Islamic republic envisioned by enlightened groups such as ISIS and al-Qaeda.

Internationally, too, Erdoğan has redefined Turkey’s interests. Under Erdoğan’s leadership, Turkey has completely abandoned a thriving relationship with Israel in favor of relationships with some of the darkest regimes on the planet: Iran, Hamas, Syria, Libya.  Even Turkey’s relationship with the United States has not been immune: In mid-July he said he “no longer speaks” to President Barack Obama, in protest of the latter’s supposed lack of support for Palestinians in Gaza.

The $4 billion missile defense deal is significant not only in light of Erdoğan’s Islamist leanings, but also because of Turkey’s wider geo-political stance. The deal, which has been delayed four times over the past year, mainly due to Erdoğan’s domestic political needs as he completes his term as prime minister and runs for president, is also relevant because American and European companies have been competing for the air defense contracts against competitors from Russia and China – the geo-political equivalent of a slap in the face to Washington and Brussels.

In that sense, then, the deal stands to re-cement Ankara’s standing in the West, and also to reassure President Obama and European leaders that Turkey has not ‘changed sides’ – at least, not completely.

Finally, the deal is critical as the United States heads to mid-term elections amidst signs of economic slowdown. Last month, Raytheon-Lockheed announced layoffs in Rhode Island and Massachussetts. Furthermore, many large weapons-producing states, such as Alabama, are not naturally Democratic support bases. Taken together, inking the Turkey deal was a clear economic interest for the United States, and a political interest for President Obama and the Democratic Party.

All of which suggests, however, that the choice of short-term financial gain over longer-term political interests is unstable at best. For Prime Minister Erdoğan, Turkey’s path is clear. Nothing illustrates this better than Erdoğan’s outrageous comparisons of Israel to Nazi Germany and Jewish Home MK Ayelet Shaked to Hitler. Especially in light of the current deal, the silence from the administration on growing state anti-Semitism in Turkey is deafening.

But President Obama’s silence on Turkish anti-Semitism cannot change the fact that the administration recognises both the possibility that Turkey could bolt the NATO stable, and also that that move would be a political earthquake. In that light, the current move is a desperate attempt to curry favor with an shaky ally on the way out, at the expense of a solid one that is firmly in the American orbit. 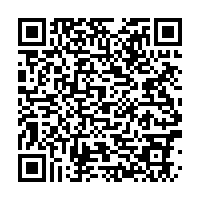