Mustafa Badr A-Din (Mustafa Badreddine), age 55, a very senior military leader in the military wing of the Hezbollah terrorist organization, and possibly even the number two man under Hassan Nasrallah, was assassinated in Syria.

He had replaced his brother-in-law Imad Mughniyeh (Moughniyah) who was killed in Damascus in 2008 by a car bomb, for which the Mossad was blamed.

Badr A-Din was in charge of all Hezbollah military operations inside Syria, and before that was involved in planning attacks against Israel.

Badreddine was also blamed by the UN for the murder of Lebanon’s former prime minister Rafik al-Hariri in 2005.

One Hezbollah website and some Lebanese TV stations has blamed Israel for the death of Mustafa Badr A-Din, claiming he was assassinated in an Israeli air strike. But other Hezbollah social media sources say they are still investigating the cause of death.

He apparently killed on Tuesday, May 10th, but Hezbollah only announced it on Friday.

Mustafa Badr A-Din’s assassination is a major blow to Hezbollah.

Hezbollah is a terrorist group funded by Iran and operating in Lebanon.

They have a political stranglehold over Lebanon from which they launch attacks against Israel. They are also heavily embedded in the war in Syria, acting on behalf of their Iranian patron. They’ve lost an estimated 1400 fighters in the Syrian civil war, which may be as much as a third of their fighting force. 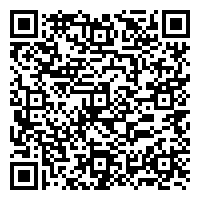