Two of the detainees were arrested in Jenin. One was captured in the Binyamin region, in Jelazoun. Another was tracked down in the Judean Arab village of Beit Fajar, in Gush Etzion. One was arrested in Umm Salmona, and another was caught in Suwahra.


IDF soldiers also discovered and seized illegal weaponry during operations in the Arab community of Samua, located in the southern Hebron Hills. 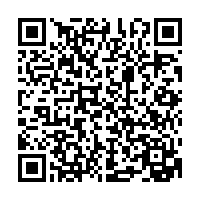