The Zionist Organization of America (ZOA) has praised Congressmen for demanding what the State Dept. rejected.

Texas Sen. Ted Cruz, running for the Republican party nomination for president, signed up 31 other Congressmen, as reported here last week, to write a letter to U.S. Secretary of State John Kerry demanding that the Obama Defense Minister close the PLO offices in Washington.

The United States government has an obligation to publicly denounce the PLO’s actions and should immediately revoke its waiver.

The State Dept. rejected the demand. The ZOA came to the Congressmen’s defense because “Mahmoud Abbas’ Palestinian Authority (PA) has never fulfilled its obligations under the Oslo Accords to outlaw terrorist groups, extradite terrorists, confiscate illegal weaponry and end the incitement to hatred and murder in the PA-controlled, media, mosques, schools and youth camps that fuels the conflict.”

The PA even gives pensions to families of Jew-killing terrorists. And the larger the number of Jews murdered-the larger the pension. President Obama and Secretary Kerry say nothing about any of these PA terrorist actions. The PA should be placed on the US list of terrorist entities, and should not have an office in our Capital.

ZOA National President Morton A. Klein added, “Put quite simply, the PLO does not merit the diplomatic immunity and the status that comes with it. President Obama gave Abbas’ PA this upgrade despite the fact that the PA has not altered its behavior, even while receiving annually hundreds of millions of dollars in US tax-payer funded aid.

Below are the names of the Congressmen, all of them Republicans, who signed the letter:

Ken Calvert, Marlin Stutzman from California and David B. McKinley and Alex Mooney from West Virginia. 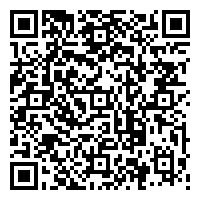