The family of of Dr. Warren Weinstein is “devastated,” says the wife of the American Jewish aid worker killed in a CIA drone strike aimed at an Al Qaeda senior operative in January, “devastated” and “heartbroken” by their loss.

Weinstein was abducted by Al Qaeda in 2011 while stationed in Pakistan on behalf of the USAID humanitarian organization funded by the U.S. government. Held captive ever since, his family had desperately pleaded with government officials in the U.S. and abroad to “do everything possible” to free the husband, father and grandfather whose health was not robust.


“We were so hopeful that those in the U.S. and Pakistani governments with the power to take action and secure his release would have done everything possible to do so and there are no words to do justice to the disappointment and heartbreak we are going through,” Elaine Weinstein said in a statement.

“We do not yet fully understand all of the facts surrounding Warren’s death but we do understand that the U.S. government will be conducting an independent investigation of the circumstances,” she added.

“We look forward to the results of that investigation. But those who took Warren captive over three years ago bear ultimate responsibility.”

Still, Weinstein’s wife was deeply disappointed with the lack of support her family received from her country’s government.

“Unfortunately, the assistance we received from other elements of the U.S. Government was inconsistent and disappointing over the course of three and a half years.

“We hope that my husband’s death and the others who have faced similar tragedies in recent months will finally prompt the U.S. Government to take its responsibilities seriously and establish a coordinated and consistent approach to supporting hostages and their families,” Weinstein said.

As for the Pakistani government, she said: “They failed to take action earlier in his captivity when opportunity presented itself, instead treating Warren’s captivity as more of an annoyance than a priority.”

In a statement, White House press secretary Josh Earnest told journalists Thursday the operation had targeted a compound in the border region between eastern Afghanistan and Pakistan in which the U.S. had no reason to believe that either Weinstein, or the Italian national also being held captive with him – Giovanni LaPorto, also killed in the strike – was present in the compound at the time of the attack. 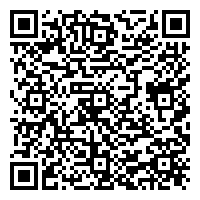