An anonymous senior White House official allegedly told the left-wing Israeli newspaper Haaretz that the U.S. would cooperated with a Palestinian Unity Government, despite the participation of the terrorist group Hamas.

The way the Unity Government is being promoted, it will be run by “technocrats” and not by representatives of Hamas or Fatah. How anyone appointed by the two parties will not be members of those two parties is difficult to understand, but that is the confection being promoted by those involved, and it is eagerly being ingested by the Americans and others – including 28 European Union foreign ministers – interested in moving forward “peace talks” which also have little grounding in reality.


The Unity Government is allegedly going to be put in place next week.

The United States has consistently asserted that it will not work with Hamas because Hamas doesn’t recognize Israel, won’t commit to nonviolence and won’t abide by previous Israeli-Palestinian Arab agreements.

Mahmoud Abbas, the acting leader of the Fatah party and of the Palestinian Authority, also, at least in Arabic, does not recognize Israel, applauds violence and honors murderers of Israelis and has never honored the commitments made by his party during the Oslo period, or any other period. But because Abbas often makes statements in English that the west is able to pretend means Abbas supports the necessary principles, the U.S. views him as a moderate, worthy partner for peace negotiations.

Now Hamas is being given a strategy for making acceptable its unalterable hostility towards the Jewish state by claiming its members are not officially part of the new Unity government.

An anonymous senior White House official told Haaretz that the U.S. will work with the new government as long as it abides by the conditions, even if it has Hamas’ support. A meeting of 28 European Union foreign ministers last week took a similar position.

“We want a Palestinian government that upholds those principles,” the White House official told Haaretz. “In terms of how they build this government, we are not able to orchestrate that for the Palestinians. We are not going to be able to engineer every member of this government.”

While the news was treated as a surprise by some, just a few months ago Middle East adviser to the White House Philip Gordon told American Jewish leaders that the new Palestinian Authority unity government deal between the Fatah faction and Hamas terrorists “isn’t necessarily a bad thing.”

Gordon discussed the issue with members of the Conference of Presidents of Major American Jewish Organizations at a special briefing, at which he suggested the U.S. will take a “wait and see” posture.

Israel’s position remains that it will not negotiate with any government backed by Hamas. 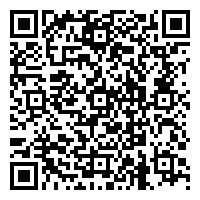