Iran may have sent advanced nuclear equipment to Sudan in 2012, according to a cable from the Saudi Arabian embassy in Khartoum revealed by WikiLeaks.

“The embassy’s sources advise that Iranian containers arrived this week at Khartoum airport containing sensitive technical equipment in the form of fast centrifuges for enriching uranium, and a second shipment is expected to arrive this week,” the document was quoted by Reuters as saying. It was allegedly marked “TOP SECRET” and dated February 2012.


More than 60,000 cables and documents released by WikiLeaks were alleged to be official Saudi communications. Riyadh has not commented on the specific documents, and has said they are “probably faked.”

The international watchdog organization publishes news leaks of secret and classified information; it said it will eventually publish up to 500,000 Saudi documents but did not reveal the source.

There were no details about the source of the information, nor was any further evidence made available. The international community is not aware of any nuclear program existent in Sudan, and there have been no previous public reports of Iran having sent any nuclear equipment to the African nation.

However, Iran has in the past used Sudan as a conduit through which to ship weapons to terrorist groups in Gaza and its warships have made the Port of Sudan a routine stopping place in the region.

A Sudanese munitions factory was mysteriously destroyed in October 2012. The government of Sudan claimed the Khartoum factory was blown up in an air strike by Israeli fighter pilots.

Israel declined to comment about the accusation. But senior officials did not hesitate to mention Sudan’s role in serving as a transit point for weapons being shipped from Iran via the Sinai Peninsula to terror groups in Gaza and elsewhere.

In March 2014, Israel intercepted the Klos-C off the shores of Sudan as it was headed to Gaza, laden with long-range M-302 missiles and other weapons shipped from Iran.

Tehran is the second-biggest supplier of arms to the African nation, according to a Small Arms Survey report issued last year. However, until this point, there has been no mention that any of the materials, equipment or weapons were nuclear. 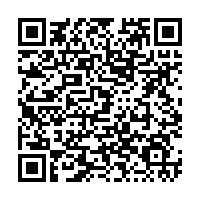