Woody Allen and his estranged adopted daughter Dylan Farrow sparred anew in the media over claims that Allen sexually assaulted her when she was 7.

Allen wrote an Op-Ed that appeared in the online edition of The New York Times on Friday and in the print edition on Sunday. Dylan Farrow responded Friday in a statement to The Hollywood Reporter.


In his Op-Ed, Allen wrote, “Twenty-one years ago, when I first heard Mia Farrow had accused me of child molestation, I found the idea so ludicrous I didn’t give it a second thought.”

He was responding to an open letter written by Dylan Farrow and published in the Times on Feb. 1 in which she reasserted her accusations against Allen.

Allen said Dylan Farrow had been coached by her mother, actress Mia Farrow, and reiterated that experts from the Child Sexual Abuse Clinic of the Yale-New Haven Hospital found that no sexual abuse had taken place.

Allen was not prosecuted for sexually molesting his adopted daughter, and was later able to adopt two children of his own with his wife, Soon-Yi Previn, an adopted daughter of Mia Farrow.

Allen said he will not address the accusations again.

“This piece will be my final word on this entire matter,” he wrote, “and no one will be responding on my behalf to any further comments on it by any party.”

In the Hollywood Reporter, Dylan Farrow said, “His op-ed is the latest rehash of the same legalese, distortions, and outright lies he has leveled at me for the past 20 years,” she wrote.

Dylan Farrow cited findings of a decision by the New York Supreme Court in 1992 that denied Allan access to her, citing the sexual abuse allegations. 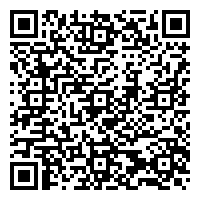