On July 28, Jewish athletes from around the world will demonstrate the power of generational victory as they gather to compete in the Berlin stadium built on Hitler’s orders for the 1936 Olympics.

In a stadium still haunted by images of swastika flags surrounding the Nazi salutes of the crowd in its stands, The Maccabi Games will be held in Berlin for the first time since the Holocaust.


It’s been 70 years since the fall of Nazi Germany. For the generations whose lives have been touched by the horror of Hitler’s hell, however, it will never be long enough.

“When I entered the stadium for the first time a year and a half ago, even I wondered if it’s right to host the games here,” admitted the president of Maccabi Germany, Alon Meyer.

“I still get goosebumps when I imagine what happened here, who stood here and what they were shouting. It’s unbelievable.

“But now we are returning to the very same place and saying, ‘You have failed; we are the ones who won.’”

The European Maccabi Games is an international Jewish sport event similiar to the Olympic Games. Some 2,000 Jewish athletes from all over Europe are expected to participate in The Maccabi Games. 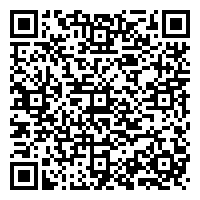