Following the arrest of five Women of the Wall on Thursday, during the Rosh Chodesh prayer, the women were taken to Magistrate Court, where police accused them of disturbing public order and asked the judge to ban them from the Western Wall for three months.

After examining the evidence, Judge Sharon Larry Bavly stated that there was no cause for arresting the women, WOW Director of Public Relations Shira Pruce reported.

In a groundbreaking decision, the judge declared that Women of the Wall are not disturbing the public order with their prayers. She said that the disturbance is created by those publicly opposing the women’s prayer, and Women of the Wall should not be blamed for the behavior of others. The women were released immediately, with no conditions.

MKs Tamara Zandberg and Michal Rozin of the left wing Meretz party accompanied the women, to bear witness. Rozin said, “I think this place should be equal for everybody, every Jew, women and men.” Zandberg stated, “We are here to show our identification and solidarity with Women of the Wall. They have been praying here for years now… and we will continue to come here every month, until this place is free.”

“The judge said today what we have been saying for many years: women’s prayer, with talit and even with Torah, is not a disturbance,” said WOW director Lesley Sachs. She added, “We hope that the police will think twice before arresting women mid-prayer at the Western Wall again.” 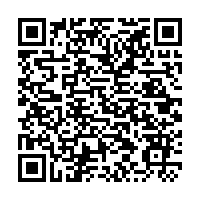