Although I actually voted for him (…against Ford. I voted against him – for Reagan the second time) one of the worst Presidents of my lifetime has to be Jimmy Carter. Some of the damage he did to this country during his four year tenure is still being felt. Not the least of which is his impact on the rise of Islamism and the terror associated with it. I blame him for the fall of the Shah and the rise of the current Iran. It is not all that hard to draw a line between Iran’s export of terrorism to the world and the events of 9/11.

In fact world peace is currently being threatened by the Iran created during Carter’s tenure. They are led by a fanatic Islamist Cleric (Khameni) and his puppet, Ahmadinejad… no prize himself! There is little doubt among the civilized (and even not so civilized) nations of the world about Ahmadinijad’s rush to create nuclear weapons… and his promise to annihilate the Jewish people while wiping Israel off the map.

That was not Carter’s only problem. He presided over one of America’s most inflationary periods in modern times. It was double digit! Gas prices began to sky-rocket. There were gas shortages and long lines at the pump. The government even started talking about rationing gas! I do not recall much of anything that was positive about the Carter Presidency… except for one thing. More about that later.

Since he left office his anti Israel rhetoric has increased. If I am not mistaken it was Carter that first called Israel an Apartheid state. It was in the title of one of his books, “Peace, Not Apartheid.” Israel’s enemies have clearly adopted this description of Israel and use it every chance they get.

I don’t know if Carter is just badly misguided or just a good old fashioned anti Semite. My guess is that he is just badly misguided. But his rhetoric sounds as bad as if he were an anti Semite. His ‘blame Israel first’ mentality is right out of the anti-Israel playbook. Since he left office I have not heard him ever say anything positive about the Jewish state. The Arabs could not have a better spokesman for their cause than Jimmy Carter if they tried.

What makes this insidious is that he never says anything directly anti-Semitic. He tries to come off as someone seeking peace in the Middle East. That he blames Israel entirely for the lack of progress clearly shows his bias. Even if I were to concede that Israel shares some blame here it is clear that Palestinians share some blame too. In my view – most of it. But for Carter – it’s all Israel’s fault.

Which brings me to the latest controversy about him. Today, Wednesday, April 10, 2013, The Cardozo Journal of Conflict Resolution will have [by the time this is published at the JewishPress.com] honor Jimmy Carter with its International Advocate for Peace Award.

This organization is some sort of official student project of Y.U.’s Cardozo Law School. And they are getting considerable and deserved flak for it. Yeshiva University President Richard Joel has distanced the school from this event saying that:

President Carter’s presence at Cardozo in no way represents a university position on his views, nor does it indicate the slightest change in our steadfastly pro-Israel stance.

That said, Carter did one thing in during his tenure as President that no other President before or after has done. He secured a peace treaty between Israel and Egypt, up to that point the largest most militant anti-Israel country in the Arab world. Without Egypt – no Arab country could go to war with Israel. That happened over 30 years ago. And with all the turmoil now going on in the Arab world, that peace treaty still exists. As do embassies and ambassadors in both countries.

Any supporter of Israel must concede this, no matter how much they hate Carter for the evil he has done since.

I will never forget that moment in 1979. Jimmy Carter, Menachem Begin and Anwar Sadat actually looked like good friends at that moment in time – all saying very nice things about each other. Begin put on his kipa and recited Tehilim on the occasion… and praised Carter as a ‘fighter for peace!’

He was. He spent endless hours getting those two leaders together at Camp David. He went to Israel to speak to Israeli Knesset. The first time any President had done so. He was relentless in his pursuit for peace and spared no effort to get that done – in ways like no other President has – before or since.

What a glorious day that was. The world had so much hope for the future then. It seemed like peace between the Arabs and Israel would finally happen. And it was to Carter that credit for this was due.

But as we all know by now peace is as allusive there as ever. Carter has gone from being a hero to being one of the vilest American critics of Israel in my lifetime.

I am sure that this award is for what Carter did then. Had he been given that award then, I would have applauded it. He deserved it then. But now after over 30 years of continuous venomous attacks against Israel since that glorious day… Carter has forfeited his claim to be a peace-maker in that region. Although he may believe in some warped way that this is exactly what he is trying to do!

There has been an attempt by Cardozo alumni to stop this event from taking place. But I agree with Harvard Law Professor Alan Dershowitz, who has been one of Carter’s strongest critics. He said that he can’t imagine a worse person being honored for conflict resolution but thinks the event should go on as planned. From the Algemiener (and see also the JewishPress.com interview with Dershowitz):

“Carter during his presidency sat idly by while 2 million Cambodians were killed by Pol Pot. He has been bought and paid for by Saudi Extremists. His Carter Center stopped investigating human rights abuses in Saudi Arabia when he received payment from important and wealthy Saudi businessmen,” Dershowitz said. “He has used the word apartheid to describe Israel but he never used the word in reference to Saudi Arabia which practices gender apartheid, religious apartheid, sexual preference apartheid

Dershowitz thinks that Carter’s presence on campus this week should be used as a positive. Students should attend the ceremony “and in a dignified and respectful way show contempt for Jimmy Carter,” he said. “Students should know who they’re honoring. The response to bad speech is good speech. You don’t cancel the event you use it as an educational opportunity to teach people about the evil things that Jimmy Carter has done.” 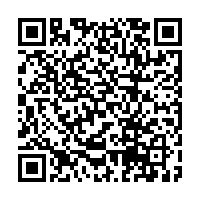