The UN Security Council resolution will not slow down construction in the 1967 liberated parts of Jerusalem, according to the municipality’s Local Planning and Construction committee. In fact, on Wednesday, the committee plans to vote to approve thousands of new housing units in Jewish and mixed neighborhoods across the 1949 armistice line, a.k.a. the “greenline.”

The planning committee will approve 2,600 new housing units in the neighborhood of Gilo, another 2,600 units in Givat Hamatos, and 400 units in Ramat Shlomo – altogether 5,600 units in eastern Jerusalem.

Acting and Deputy Mayor of Jerusalem and Chairman of the Local Planning and Building committee Meir Turgeman, told the press he is “not intimidated by the UN or by any other entity trying to dictate to us what to do in Jerusalem. I hope the new US Administration will give us a push to continue replenishing the housing stock which was reduced during the eight years of the Obama Administration.” 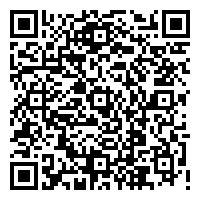