Israel’s Central Bureau of Statistics on Sunday released its July follow-up survey of civil resilience during the coronavirus crisis among adults ages 21 and older. To sum things up: things are not well.

The health condition of 8.5% (approximately 478.6 thousand people) aged 21 and over has worsened or greatly worsened during the crisis. Among those aged 65 and over the rate is higher – 13%.


The mental state of 26% (approximately 1.5 million people) aged 21 and over has worsened or greatly worsened during the crisis.

42% of the population has experienced stress and anxiety during this time period – about 2.4 million people (15% “to a large extent” and 27% “to a certain extent”) compared to 33% in the first coronavirus wave of March and April.

About half of the population (55%) fear difficulty in covering their financial expenses: more so among Arabs – 65%, less among people aged 65 and over – 39%. The rate of those who are afraid they won’t be able to cover their expenses is higher than the rate observed in the first wave (46%).

For 41%, their and their families’ financial situation has worsened following the coronavirus crisis; 49% of Arabs offered the same report.

Among 21%—about 1.2 million people—they or a member of their household have reduced the amount of food or the number of meals they consumed during the past week; 33% of Arabs reported a similar phenomenon. This rate (21%) is higher than the rate observed during the first wave – 14%.

The rate of those who trust the government in dealing with the crisis (47%) is lower than the rate observed during the first wave (69%).

The rate of those who trust their local municipality’s ability to deal with the crisis (69%) is lower than the rate found during the first wave (77%).

77% trust the health system, the HMOs and the hospitals.

45% trust the Finance Ministry of Finance, 55% do not trust it so much or not at all. 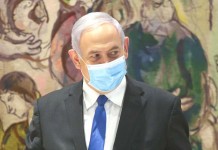 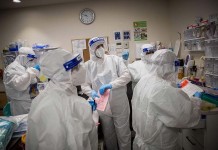