The Church of Scotland has written a document that suggests that Jews may not have a valid claim to the Land of Israel because of an “increasing number of difficulties and current Israeli policies regarding the Palestinians.”

Local Jewish leaders are up in arms and fear that if the church adopts the document at its annual general assembly, it may be become official church policy, the London Jewish Chronicle reported.


The Church of Scotland’s annual general assembly is to vote on the 5,000-word report later this month,

If the proposed view passes the vote, it may become “the considered view of the Church,” a spokesperson told the newspaper.

The document is a “deliberate attempt to question Israel’s right to exist” and would be “very damaging to interfaith relations in Scotland and throughout Britain, a Jewish leader, who remained anonymous, told the Chronicle.

The report is entitled “The Promised Land” and concludes that Christians should reject the idea that Jews have an exclusive claim to the Land of Israel. It also opposes using the Bible to “settle contemporary conflicts over land.”

“On behalf of the Jewish community of Scotland, we call upon the Church to withdraw it from the forthcoming general assembly. If the Church cannot build bridges, can it at least refrain from burning them?” Ephraim Borowski, Scottish Council of Jewish Communities director told the London Jewish newspaper.

Board of Deputies vice-president Jonathan Arkush said, “The document …appears to have been produced with no consultation with the Scottish or national Jewish community. It is littered with misrepresentations of Jewish history, values and beliefs as well as basic factual errors.

“It is an ignorant and tendentious document masquerading as a theological statement. The Church has done a deep disservice to itself by producing a document without any regard to the trust, respect and dialogue on which interfaith relations should be based.”

The Chronicle said that the report states, “There has been a widespread assumption by many Christians as well as many Jewish people that the Bible supports an essentially Jewish state of Israel. This raises an increasing number of difficulties and current Israeli policies regarding the Palestinians have sharpened this questioning….

“The desire of many in the State of Israel to acquire the land of Palestine for the Jewish people is wrong. The fact that the land is currently being taken by settlement expansion, the separation barrier, house clearance, theft and force makes it doubly wrong to seek biblical sanction for this.”

The document urged the Church not only to back the boycott movement but also to lobby the British government to pressure Israel to deny the presence of Jews in Judea and Samaria.

Ed Kessler, founder director of the Woolf Institute which studies interfaith relations, told the newspaper that the report demonstrates “it is easier for Christians to condemn anti-Semitism as a misunderstanding of Christian teaching than to come to terms with the re-establishment of the Jewish state…

“The document fails to take seriously the concerns of both sides but has a partisan agenda — the promotion of Palestinian rights. Why is it so rare to find Christian organizations, let alone Jewish, which are both pro-Palestinian and pro-Israeli? Blinkered views prevail.”

Sally Foster-Fulton, Convenor of the Church and Society Council, said, “The Church of Scotland chose the words of its report carefully to question and challenge not condemn or dismiss,” according to the Chronicle. “It cannot and will not shy away from difficult subjects nor from speaking the truth in love — otherwise how we will ever progress?”

Why Strive For Greatness? 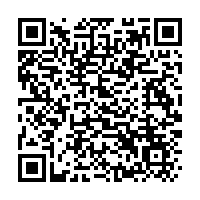