Two television stations, one in New Jersey and one in California, are broadcasting programs from the outlawed Hezbollah and Hamas terrorist organizations, encouraging American children to grow up into suicide bombers.

The New York-based Lawfare Project said the NileSat IPTV in New Jersey and ArabTV4ALL in California are transmitting broadcast from the Al Aqsa television network, which is linked with Hamas, and from the Al Manar satellite network, a mouthpiece for Hezbollah.


The Blaze website obtained a memo from the Lawfare Project, which said that the AdvancedTV Network currently supplies over 600 Arabic channels from Nilesat and Arabsat directly via the Internet, and that resellers such as NileSat IPTV and ArabTV4All pick up the material.

“By subscribing to NileSat IPTV, the subscriber receives an IPTV box, which can be hooked up to a television set without a satellite dish anywhere in the United States,” the memo note, author Charles Johnson wrote on the Blaze.

“A customer simply calls NileSat IPTV and orders a box, which is then delivered to his or her house. The channels are then broadcast using this box and an internet connection.”

Lawfare project director Brooke Goldstein said, “We contacted NileSatIPTV way back and they confirmed they air the Hezbollah and Hamas channels,” which broadcast hate programs that could be considered illegal assistance to terrorism.

“It’s unthinkable, especially in light of the Boston terror attacks, that our government continues to allow Hamas and Hezbollah, two designated foreign terrorist organizations, to openly and illegally broadcast their stations within our borders, stations aimed at radicalizing and recruiting Muslim youth towards violence, a most egregious form of child abuse,” she added.

Israel is familiar with Hezbollah and Hamas propaganda and incitement to terror, much of which also is aired by the Ramallah-based Palestinian Authority, headed by Mahmoud Abbas. To see one of the videos of indoctrinating children, click here, and also here for a recent report on Fatah’s lauding suicide bombers.

Television programs, especially those geared for little children, broadcast a heavy dose of  anti-Semitic programs. Many of them use popular cartoon figures with blatant “kill the Jews” messages.

It is one thing for American to dismiss the incitement in Israel as part of the Muslim radical agenda to rid the world of Israel, but the question remains if the Obama administration, in an effort to be politically correct, will gloss over the importing into the United States programs that teach children to blow up people.

David Reaboi, Vice President for the Center for Security Policy, told the Blaze, “While the Obama administration, talking heads in the mainstream media and Islamist pressure groups all assure us we have no problem with domestic so-called ‘radicalization’ in the American Muslim community, it’s clear that this openly jihadist and genocidal programming has some kind of audience in this country.”

“The major obstacle to peace in the Middle East has always been a Palestinian culture of blood-lust; that it’s being broadcast inside America is frightening – and gives lie to talking points from Islamist pressure groups and their allies. Looking at the audience for these channels, it’s impossible to conclude that we do not have a domestic Islamist radicalization problem.”

Goldstein said the First Amendment protection of freedom of speech does not apply to the two television stations.

“The U.S. Supreme Court has been very clear; there is no First Amendment right whatsoever to provide material support to designated terrorist organizations,” she explains. “If this administration is serious about tackling homegrown radicalization, it must at the very least immediately prosecute those who act so brazenly and openly in violation of the law.”

Goldstein says the Lawfare Project has been in contact with New Jersey authorities about criminal enforcement, which have been slow about enforcement. 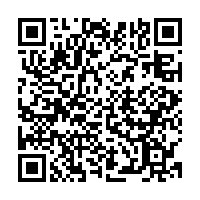