The Washington, D.C. Jewish Community Center has a live theater component, known as Theater J.  For years Theater J has been the object of criticism from the pro-Israel world because its director, Ari Roth, promotes plays – either by staging them or having readings – which are profoundly anti-Israel.

And now Roth has done it again.

The latest play to draw the ire of Israel supporters is “The Admission.”  It is a play written by Motti Lerner, who was also the playwright of “Return to Haifa.”  The latter play, the adaptation of a novella written by the spokesperson for the Popular Front for the Liberation of Palestine, was staged by Theater J in 2011.

The PFLP is an Arab Palestinian terrorist group, designated as such by the U.S. government.  The PFLP’s specialty was airplane hijackings – perhaps you’ve heard of the Entebbe hijacking?  That was one of theirs.  But they like to diversify: in October, 2001, the PFLP assassinated Rehavam Ze’evi, a member of Knesset.  The PFLP also staged homicide bombings.  The goal of the PFLP is to create a democratic socialist state in Palestine.  En route to their goal, they seek the complete destruction of the state of Israel.

When “Return to Haifa” was shown at Theater J, a pro-Israel grassroots organization sent a letter to the D.C. Federation, complaining about such a play being promoted at a Federation-sponsored venue.

Roth responded to the critical letter by stating that it “is not a prerogative of the donor” to intervene in artistic content, and claimed that attempts to limit the theater’s activities amounted to censorship or blacklisting. David Makowsky grew up in Chicago, and told The Jewish Press he well remembers Ari Roth. “He was a bully then and it sounds like he’s still a bully today.”

“The Admission’s” Lerner explained in an interview earlier this year that it was Theater J’s Roth who initiated contact about “The Admission” back in 2010.  It was Roth’s initiative that encouraged Lerner to work with an English speaker and translate the play, which was in Hebrew and Arabic, into English.

Appointing and then keeping someone who brought to the stage of a Jewish Community Center the handiwork of a leader of a group dedicated to eradicating the Jewish state is a shocking choice.  The man makes his living from the donations of Jews who think they are giving money for Jewish causes.

Not surprisingly, there are a number of people in the Washington, D.C. community who find Roth’s taste in drama repugnant, who have been trying for several years to bring the dirty back tale of Theater J to the attention of the national and international pro-Israel community, as their efforts thus far have fallen on deaf ears at the Jewish Federation of Greater Washington and at the Washington, D.C. JCC leadership.

Louis Offen, a Rockvile, Maryland resident, told The Jewish Press that he used to contribute substantially more to the D.C. Federation before he “was put off by the Theater J business and the failure of Federation and the DC JCC director to put an end to Ari Roth’s use of Theater J in the service of his personal politics.”

The organization Citizens Opposed to Propaganda Masquerading as Art – COPMA – was formed in 2009, after another of Roth’s choices, “Seven Jewish Children” was staged at Theater J.   That play is a series of seven one minute plays, in which a group of parents or relatives are discussing what to tell their Jewish Israeli children about “the situation,” and what should be kept from the children.  The actors quickly reinforce every horrible anti-Israel canard, by showing parents keeping the truths from their children.  For example, one line is: “No but dont tell her Arabs used to sleep in her bedroom.”  In one of the plays, water that is supposed to be for the fields of Arabs is instead used for Israelis’ swimming pool, “Tell her it’s our water, we have the right.”

COPMA, like New York City’s JCC Watch, is a grass roots effort to inform pro-Israel people about Jewish institutions that are using Jewish communal dollars to fund programs that are harmful to Israel. 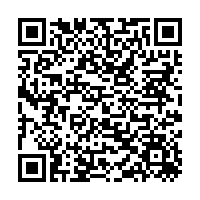