Minister of International Relations and Strategic Affairs Yuval Steinitz told Kol Israel Thursday morning that Israel’s Intelligence service estimates that the Assad army indeed attacked its own civilians using chemical weapons, adding that it was not the first time the Syrian army has done this.

Steinitz said the worldwide condemnation of Assad’s war crimes have been mere lip service, since no concrete steps have so far been taken to stop Assad’s ongoing massacre of his countrymen.


The minister called the UN inspection just begun in Syria “a joke.”

“The UN isn’t inspecting yesterday’s events, but events that took place half a year ago. Moreover, the designation of the investigation, to find out whether or not chemical weapons were used—without investigating who used them—is outright ridiculous,” the minister said.

Last night, UN Secretary General Ban Ki-moon did call for an investigation of Wednesday’s gas attack in the suburbs of Damascus, where as many as 1,300 people are said to have been killed. It is not clear, however, if his call is heeded by the Security Council.

Labor MK Benjamin Ben Eliezer, who is considered a leading candidate to become the next president of Israel, said that what goes on in Syria is nothing less than a holocaust and a genocide, and the world—which condemns Israel for every tiny misstep—is standing by without doing anything.

Ben Eliezer emphasized that the red line drawn by President Obama has long since been crossed, and that Israel must remain on alert to prevent any of the Syrian chemical weapons from falling into Hezbollah or al-Qaeda hands.

The Syrian government is denying any involvement in the attack, accusing the rebels of staging a propaganda ploy. And Assad’s traditional patron, Russia, is not flinching in its unabashed defense of its man.

“All this cannot but suggest that once again we are dealing with a pre-planned provocation,” Lukashevich said. “This is supported by the fact that the criminal act was committed near Damascus at the very moment when a mission of UN experts had successfully started their work of investigating allegations of the possible use of chemical weapons there.”

Thirty-five member countries have called for the UN inspection team which has just arrived in Damascus to be allowed to investigate the newest attack.

UN Deputy Secretary-General Jan Eliasson said, “This represents, no matter what the consequences are, a serious escalation with grave humanitarian consequences and human consequences. We very much hope that we will be able to conduct the investigation. Dr. Sellstrom and his team are in place in Damascus. We hope that they will be given access to the area by the government.”

The UN Security Council met in an emergency session over the incident, with protesters demonstrating outside its headquarters. When it ended, Argentina’s UN ambassador, Maria Cristina Perceval, told reporters: “There is a strong concern among council members about the allegations and a general sense that there must be clarity on what happened and the situation must be followed closely after a closed-door emergency meeting of the council.”

Which means the council is not explicitly calling the inspection team to investigate, it only welcomed Ban Ki-moon’s calls for one.

“The members of the Security Council also welcomed the determination of the Secretary-General to ensure a thorough, impartial and prompt investigation,” said Perceval, who is president of the council this month.

In other words, Russia said Nyet, and the new incident will remain outside the purview of the inspectors. 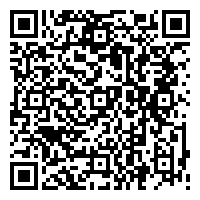