US Ambassador to Israel David Friedman on Sunday night paid a comforting visit to the mourning family of Esther Horgan Hy’d in Tal Menashe, Samaria. He was accompanied by Samaria Regional Council Chairman Yossi Dagan.

Esther Horgan, 52, mother of six, was brutally murdered on Sunday afternoon, December 21, 2020, while she was going for a jog in a popular nature reserve near her home.


Her husband, Benjamin Horgan, told the ambassador about Esther’s character, and the ambassador became very emotional and asked to meet the family again in happier times. The family promised to invite him.

“I think it would be right for us to try as much as possible to increase Tal Menashe, the entire area. The enemy is trying to bring us down, to hurt us, and we need to hold on to the land. They want us to leave, they want us to be afraid, so we’ll prove them wrong.”

Ambassador Friedman agreed, saying: “Unfortunately—the murder of your wife Esther will lead to an increase of the settlement, it will be the effect of the murder, and it’s a shame that this is how it should happen. She was murdered because she belonged to the Jewish people, and the only correct response is to stay here and grow.”

Friedman concluded with words of encouragement to the family and said, “Unfortunately, I make a lot of shiva calls, but I feel that you are strong.”

Shomron Regional Council head Dagan, who had been supporting the family since the day of the murder, said: “We want to add light. The light of building, the light of settlements. It will be the right action that would reduce the motivation of the terrorists to continue to harm us.”

Media: Israel Must Be Denigrated for Its World-Beating Vaccination Program 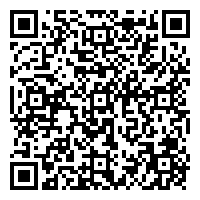