A spokesperson for the leading Fatah faction of the Ramallah-based Palestinian Authority government has bluntly come out with the truth at last, albeit in Arabic.


Spokesperson Osama al-Qawasmi stated on Fatah-run Awdah TV last month in an interview with a talk show host that Fatah has “certainly not” ever recognized the State of Israel – and he advised the ruling Hamas terror organization in Gaza not to do so either.

Earlier this week Hamas decided to dissolve its own government and call new elections in the enclave as a result of long mediation efforts by the Egyptian government, which has been pressuring the group to join with Fatah in a unity government.

The watchdog organization Palestinian Media Watch, which monitors Arabic media in the Palestinian Authority, translated the following clip, and provided the enlightening transcript which reveals the lies behind the smiles and politics that take place in the English language in Europe, Washington DC, and in the United Nations.

Also provided is the text of the vow to Israeli Prime Minister Yitzhak Rabin upon the signing of the Oslo Accords in 1993, made by the Palestine Liberation Organization (PLO) Chairman Yasser Arafat. More lies, or perhaps a vow disregarded minutes later.

Fatah-run Awdah TV host: “Has the Fatah Movement recognized Israel in its political platform until now?”

“The PLO, the sole legitimate representative of the Palestinian people, sent a letter of mutual recognition of the State of Israel, on Sept. 12, 1993. You are not required to.’

“We in the Fatah Movement have not changed our position. At the Seventh [Fatah] Conference, under threat of the occupation’s weapons, we did not change [our policy]. We said that the armed resistance, popular resistance, and everything is also legitimate, but we chose popular resistance as the means that we see as the most effective under the present circumstances.”

The Palestine Liberation Organization represents the Palestinian Authority to the United Nations; however it is never quite clear which is named when the UN refers to “Palestine” in its various gestures, admissions of membership to organizations, agencies and treaties, and carries out functions to benefit the endless generations who claim ancestry in land that was once occupied by Jordan, and now is part of Israel or the Palestinian Authority.
—

Mr. Prime Minister,
The signing of the Declaration of Principles marks a new era in the history of the Middle East.
In firm conviction thereof, I would like to confirm the following PLO commitments: The PLO recognizes the right of the State of Israel to exist in peace and security. The PLO accepts United Nations Security Council Resolutions 242 and 338. The PLO commits itself to the Middle East peace process, and to a peaceful resolution of the conflict between the two sides and declares that all outstanding issues relating to permanent status will be resolved through negotiations.

The PLO considers that the signing of the Declaration of Principles constitutes a historic event, inaugurating a new epoch of peaceful coexistence, free from violence and all other acts which endanger peace and stability. Accordingly, the PLO renounces the use of terrorism and other acts of violence and will assume responsibility over all PLO elements and personnel in order to assure their compliance, prevent violations and discipline violators. 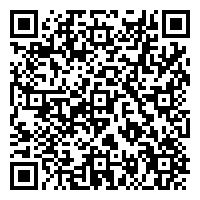