Israel will host the first stage of the Giro D’Italia (Tour of Italy) cycling race next May, the first time a section of the race has been held outside of Europe.

“We are proud to host any international competition in Israel and of course the Giro d’Italia, which is an important competition featuring the world’s best riders,” said Minister of Culture and Sport Miri Regev at a celebratory launch event in Jerusalem Monday.

“It is our great privilege to be a host country for such a great and important sporting event. I call on you, all lovers of the race, to come here to Israel. This cycling tour across the Holy Land will become a fascinating journey through time covering thousands of years. I’m sure it will be a thrilling experience for everyone.”

The 101st edition of the competition, featuring 176 of the world’s top cyclists, will start from Jerusalem on May 4 to mark Israel’s 70th anniversary of independence, and end in the Vatican on May 22, thus linking the major cities of two of the monotheistic religions.

Riders will begin the race against the backdrop of Jerusalem’s iconic Old City on a 10.1 km time-trial tour of the city. The second stage will begin at the scenic Baha’i Gardens in Haifa, then pass through historic Acre and Caesarea before riders head to the finish line on Tel Aviv’s beachside promenade, totaling 167 km. After the third and last stage from Be’er Sheva to the Red Sea resort city of Eilat (226 km), participants will fly to Sicily where they will begin to climb the boot.

The Giro d’Italia, which takes place annually in Italy over 21 stages during a three-week period, is watched by hundreds of millions of viewers in 194 countries.

The race will also honor the memory of Gino Bartali, one of Italy’s greatest cyclists who was recognized in 2013 by Yad Vashem as a Righteous Gentile for his efforts to save Jews during the Holocaust. Bartali won the Giro d’Italia three times (1936, 1937 and 1946) and the Tour de France twice (1938 and 1948) but gained greater notoriety later in life for his actions during the German occupation of Italy: In September 1943, while serving as a courier for the resistance, he transported forged documents large distances during his bicycle training sessions. When he was stopped and searched by German occupiers or Fascist soldiers, he specifically asked that his bicycle not be touched since the different parts were very carefully calibrated to achieve maximum speed.

“We are very proud and moved that the Giro D’Italia will memorialize our grandfather in such an important event,” Giacomo Bertagni and Gioia Bartoli, two grandchildren of Gino who arrived for the first time in Israel, told Tazpit Press Service (TPS). “The first thing we did in Israel was to visit Yad Vashem; it was a very emotional moment for us,” said Giacomo.

“It is very important that the story of my grandfather and similar stories will be remembered by the new generations, especially today that the situation in Europe has many similarities to what happened at the time of my grandfather,” added Gioia.

Race organizers were persuaded to start the competition in Israel by the Jewish-Canadian billionaire Sylvan Adams, who immigrated to Israel last year and agreed to finance most of the competition’s expenses. Adams is honorary president of Big Start Israel, a driving force behind the development of Israel’s cycling culture and bringing the Giro to Israel.

Speaking through tears of emotion, Adams said there could be no more fitting celebration of Gino Bartali than kicking off the race in Jerusalem.

“Gino was the greatest cyclist of his era, but first and most important was a great person. What he did for my people far exceeds his sports achievements,” Adams said.

“It was necessary to pay homage to the memory of Bartali,” added Italian Sports Minister Luca Lotti. “The start from Jerusalem is a metaphorical bridge between our two lands, made up of history, culture and traditions.

“The fact that this edition of the Giro d’Italia will celebrate the memory of the great Gino Bartali makes me very proud. It is beautiful that he is remembered right here in Jerusalem because the great ‘Ginettaccio,’ as he was called, was not just a great champion of sport. He was also an extraordinary champion of life, and a man of heroic virtues, and this needs to be commemorated and shared, especially with the younger generations… never to be forgotten.” 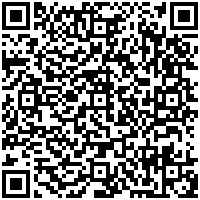