The Palestinian Islamic Jihad terrorist organization in Gaza fired more than 350 rockets at Israel throughout the Sabbath, as Israel’s Operation Breaking Dawn got underway.

RAW FOOTAGE: This is the moment a barrage of rockets was fired from Gaza toward Israeli civilians.


On Saturday night, the Strauss food products factory in Sderot sustained a direct hit from a rocket attack.

Earlier in the day, a house in Sderot was also hit directly by rocket fire; although the family was in the home at the time, they remained safe in their built-in bomb shelter.

But of the 350 rockets fired by the terrorists, 94 landed among their own population in Gaza and 29 more landed in the Mediterranean Sea.

Israeli fighter pilots carried out wave after wave of air strikes aimed at PIJ terrorist targets throughout the Gaza enclave.

In Gaza City, a fireball erupted followed by thick black smoke after a surgical Israeli air strike on a building in the city.

In Israel, Red Alert sirens blared through the night and throughout the day on Saturday, continuing into the evening hours, as PIJ terrorists aimed their missiles at Israeli population centers.

Rocket fire was aimed primarily at Israelis living near the Gaza border, including the city of Sderot, as well as those living in Ashkelon, Ashdod, Tel Aviv, Yavne, Holon, Bat Yam, Modi’in and Rishon Lezion. 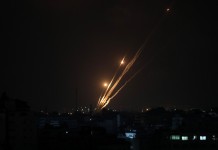 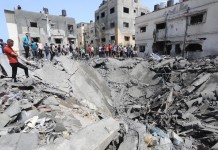 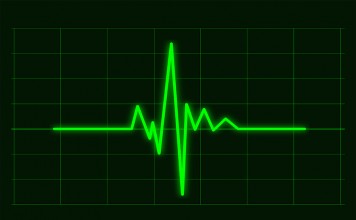 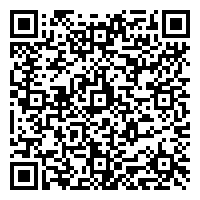