The Netanyahu government has increased the number of Arab workers who are allowed to leave the Gaza Strip to work in Israel, in coordination with Hamas, the Saudi owned newspaper Al-Quds Al-Arabi which is published in London reported this week. It is speculated that this is the reason for the relative calm prevailing at the Gaza border these days.

Maher al-Tabaa, head of Gaza’s Chamber of Commerce, said this weekend that Israel has committed to increase significantly the number of permits granted to businessmen from the Gaza Strip to enter its territory. These are not work permits per se, and the recipients are defined as licensed to business people, but in practice these are manual workers.

According to al-Tabaa, the number of permit holders has been increased by 66%, from 3,000 to 5,000, and the minimum age of workers allowed to enter Israel reduced from 30 to 25.

This and other concessions Jerusalem has given Hamas as part of the understandings reached through the mediation of Egypt, Qatar and the United Nations, has yet to be mentioned by Israeli officials.

Up until the start of the escalation of violence at the Gaza border in March 2018, these manual day workers were a common sight in southern Israel.

The presentation of these manual laborers as businessmen is a façade that conceals the return to an influx of Gazan day workers to Israel. From the Gazans’ point of view, the new policy is a bonanza, in a Gaza Strip with real unemployment rates standing at 52%, and reaching as high as 69% among Gazans age 26 and younger, and 78% among university-educated young adults.

Until 1991, near the end of the first Intifada, the Israeli economy provided jobs to tens of thousands of workers from the Gaza Strip.

In 1999, more than 15% of all employed Gaza Arabs worked in Israel. This figure tanked to 2% following the second Intifada.

After the 2014 Gaza War, the IDF recommended allowing 5,000 workers into the surrounding communities, to help in the rehabilitation of the Gaza Strip. But the recommendation was not adopted because the Shin Bet warned that terrorist organizations in the Gaza Strip might exploit a mass entry of workers to collect intelligence and infiltrate terrorists. 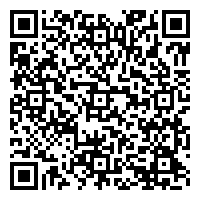