As several Israeli political parties have added former IDF generals to their Knesset slate (with Blue and White leading with three, count them, three former IDF chiefs of staff) Gen. (res.) Tal Russo, the Labor party’s dream general (great olive-drab hope?) who commanded a division that evacuated northern Samaria during the 2005 Tisha B’Av expulsions of some 8,000 Jews from their homes, told Israel’s Channel 13 News that, unlike others, he does not regret the unilateral withdrawal from the Gaza Strip.

“I look at it militarily, and this was a genius move, nothing less, by Arik Sharon,” he said.


To remind you, while he was entangled in expected criminal charges regarding his part in the Greek island scandal, which involved his clandestine ties with Israeli millionaire David Appel, Prime Minister Ariel Sharon launched the unilateral evacuation of the Jews of the Gaza Strip and northern Samaria as a way to get the left-leaning prosecution off his back. Needless to say, all the charges against him were dropped.

Russo’s admiration of Sharon’s capacity for cruelty against Jews is, obviously, a clue as to his own treatment of Jews both in the Judea and Samaria and in the Gaza “envelope” settlements. He already pins the violence from Gaza on Israeli policy, as in his gem: “The fact that they don’t have electricity, will that bring down Hamas? No. It causes them to run to the [border] fences.”

Never mind that the cuts in electricity are a product of the Palestinian Authority policy, or that the children of Gaza are being motivated by the Hamas’ promise of 300 shekels to any rioter who gets injured at the border fence. None of that registers with the military brilliance of General Russo.

There is little doubt that Russo, once known as known as the Disengagement Commander, would happily apply his lessons from the Gaza evacuation to the settlers of Judea and Samaria – if he were allowed. He said the following about the idea of imposing Israeli sovereignty in the liberated territories: 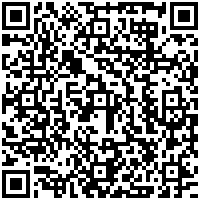