Three Hamas diggers were killed Friday evening and five more were injured after being suffocated by gas in a ‘work accident’ while digging a smugglers’ tunnel beneath the Gaza border with Egypt.

The bodies of the dead workers, ages 23, 24 and 25, were extracted along with those of the injured and taken to the Abu Youssef al-Najjar Hospital in the southern border city of Rafah.


Gazan sources claim Egypt pumped a gas into the tunnel.

The same tunnel had already been blown up last week by Egyptian security officers, the Bethlehem-based Ma’an news agency reported, quoting the Palestinian Civil Defense. According to the report, the diggers were attempting to rebuild the tunnel.

Six tunnels leading from Gaza into Egypt were destroyed between January 17 and February 4, Egyptian authorities announced earlier this month.

Many of the tunnels in southern Gaza are used for transporting contraband, cash and operatives between the Sinai Peninsula and beyond, for the ruling Hamas terrorist organization in Gaza. 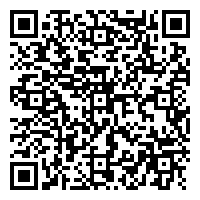