According to the head of the Iranian Atomic Energy Organization (AEOI) Ali Akbar Salehi, Iran is buying 950 tons yellowcake from Kazakhstan, ISNA reported Saturday. Salehi claimed the deal was made with the boundaries of the joint commission of the Joint Comprehensive Plan of Action (JCPOA).

“The deal is supposed to be implemented over three years,” Salehi said. “It is expected that nearly 650 tons of the yellow cake shipment will arrive in Tehran directly in two batches shipped over two years. The remaining 300 tons will arrive in Tehran over the third year and will be converted to UF6 (Uranium hexafluoride) gas.”


Salehi insisted that “the five members of the 5+1 group have given their written consent to the joint commission, but the UK changed its mind at last minutes following the US elections. We are still waiting for the final and written opinion from London,” he added.

Salehi also referred to Iran’s intention to import carbon fiber (CFRP), which are commonly used in high strength-to-weight ratio and rigidity are required, such as aerospace, automotive, and civil engineering. “The issue is not on the agenda of the joint commission yet because the 5+1 group has set some conditions which are not acceptable for Iran for selling us carbon fiber.”

“Iran has cleared its path in the atomic energy field and the sanctions were not effective,” Salehi boasted, announcing that “Seventy percent of bank transactions are underway and the funds being earned from oil sales come back to Iran easily – three and a half million barrels of oil and condensate (a compound produced by a condensation reaction) have been exported, and almost $100 billion of our frozen money has been released,” the head of the Iranian Atomic Energy Organization added.

In mid-February, 2017, Salehi wrote an op-ed for the Lebanese pro-Iranian news website Al Ahed, declaring that “the victory of the Islamic revival in Iran and the stability of the Islamic Republic’s system forever changed the balance of power regionally and globally. Knowing that, some thinkers in the West predicted that if the Islamic nation was freed from the shackles of some historical flaws, there would be a renaissance and a great movement.”

Salehi was quoting historian Arnold Toynbee, who predicted that if the Islamic people were freed from their shackles, the world would see the emergence of a civilization which would challenge the West. 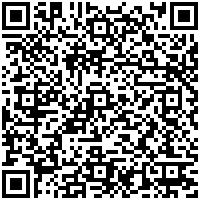