There’s something wrong with Blue&White chairman Benny Gantz, a dark place where his need to project masculinity collides with his judgment, in a dangerous clash that at least once has already caused a death.

Last November, Israel’s leftwing media dropped like a ton of bricks on top of Minister Miri Regev (Likud) who was insolent enough to remind Israelis of Gantz’s poor judgment, back in early August 2014, which has come down in the annals of foolhardiness as the “anemone speech.”

Eager to encourage the public after a month of fighting in Gaza, Gantz made a rookie mistake after a 72-hour ceasefire between Israel and Hamas, which turned out to be only temporary. Chief of Staff Gantz was quick to wax poetic about “the red south,” where there would be “anemones, flowers, and stability for many years to come.”

The fire was fully resumed inside 48 hours.

The family of a 4-year-old toddler, Daniel Tragerman, from Kibbutz Nahal Oz, believed the chief of staff’s foolish promise and paid a heavy price for letting their child play in the yard unattended. He was killed by a mortar shell.

Tuesday night, at a Blue&White election rally in the Druze town of Julis in northern Israel, Chairman Benny Gantz, referring to the rockets that fell on Ashdod and Ashkelon, bragged that “when we were on the road, they ran the prime minister to some bunker, while our own [former chief of staff] Gabi Ashkenazi remained on stage in Ashkelon and kept talking like nothing happened.”

It should be noted that Netanyahu followed the Home Front Command’s instructions, and did not leave the stage before instructing the audience to evacuate calmly and in an orderly fashion.

Back in January, when Gantz introduced his new party, Strength for Israel, he opted to do it with a macabre video that showed images from the 2014 Gaza war, which had been conducted under his command, of course, while a huge counter was running down the number of Arabs killed in that war (spoiler alert: 1,364). You didn’t have to be a leftist to get the urge to puke at this sheer celebration of blood. It was the most primitive message: “I big warrior, I kill many Arabs, I not soft.”

Tuesday night, Gabi Ashkenzi could have been responsible for the death of many Ashkelon residents, God forbid, by continuing to speak on stage while Hamas rockets were falling on them. It was reprehensible for Gantz to use this display of carelessness as somehow representing courage, compared with a frightened prime minister who is rushed to the bunker like a feeble old man.

You may go ahead and vote for Benny Gantz, but remember: there’s a darkness inside this man, possibly stemming from a deep lack of confidence, and it’s scary.

Watch Netanyahu tell everyone to go to the bomb shelters, before his security takes him to one:

Watch a macho Gabi Ashkenazi tell everyone he is not afraid of rockets:

Watch a family caught outside as the siren went off: 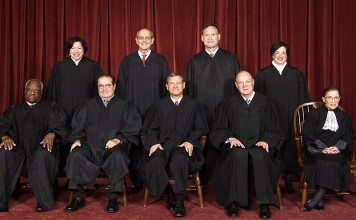 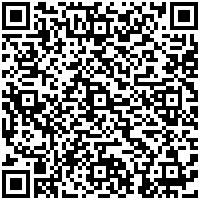