While Prime Minister Benjamin Netanyahu was touring the flame-ravaged Gaza border area — just a day after Sderot Mayor Alon Davidi publicly asked him to travel to the city to “hear our hearts” — firefighters and farmers were working side by side to fight the newest fires started by fresh arson kites and firebomb balloons flown over the border from Gaza.

During the day, the arson balloons continued to land, and a number of fires were started in the Eshkol Regional Council district, including several near the communities of Carmia, Netiv Ha’Asara, Alon, Rotem and near Nahal Shagma.

The Be’eri Forest was also once again targeted by arson attacks, with the fires raging at around 5:30 pm. A total of seven fires were set in the Eshkol Regional Council district alone on Monday.

In a bizarre twist, Hamas terrorists sent today a rare falcon as its latest sacrificial lamb, attaching to one of its legs an incendiary device in order to torch Israeli fields near the Gaza border.

The move echoes a strategy that was used by Palestinian Authority terrorists who attached IEDs (improvised explosive devices) to live animals such as donkeys, which they then sent trotting towards their targets in past wars with Israel.

Many wild animals have been burnt to death by Palestinian Authority terrorists who have razed at least 9,000 acres of forest, park and farmland to the ground so far.

Rocket Fire Damages Home and Greenhouse; Miraculously No One Injured in Southern Israel 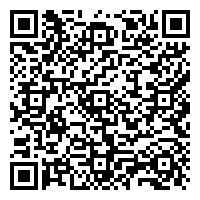