New details have emerged regarding the death of the 8-month-old Layla Ghandour, the Gazan baby who about a month ago, according to Arab reports, died as a result of gas inhalation near the border with Israel. An indictment that was filed in the Beersheba District Court Thursday against Layla’s cousin, Mahmoud Omar, 20, an Al Aqsa Martyrs’ Brigades terrorist, includes he admission that his cousin died as a result of a blood disease. According to Omar, Layla’s brother died from the same affliction.

Omar related that his aunt and her husband told the media that their daughter died of tear gas inhalation because Hamas leader Yahya Sinwar paid them 8,000 shekels ($2,200) to blame the IDF for the death of their baby.


Omar was indicted on a number of security offenses, including membership in a terrorist organization, military training and terrorist activity, riots, attempted infiltration, and terrorism.

The indictment, filed by attorney Yoav Kishon, shows that on the day of Layla’s death, Omar participated in the “March of Return” against the border in the Shuja’iyya area, where about 10,000 rioters had gathered, and attempted to destroy the gates of the border crossing.

When Omar participated in the violent disturbance, his mother called him and told him that her sister Mariam’s daughter had died. When he arrived home, he learned that his niece had died of a blood disease, apparently similar to the one that caused the death of her baby brother, Salim al-Ghandour, in 2017, when he was about her age.

On the same day the baby died, the PA Health Ministry officially announced that Layla had died of tear gas inhalation after she and her family arrived at one of the confrontation centers along the Gaza Strip border. 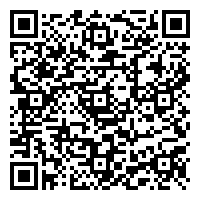