Hamas terrorists attacked a children’s kindergarten in southern Israel on Tuesday afternoon as they claimed to agree to a cease fire along with calls by United Nations negotiators.

A Qassam rocket exploded in the yard of the kindergarten in the Sha’ar HaNegev Regional Council district, but in an open miracle, despite the awful damage, not one person was physically injured.

Terrorist factions in Gaza had reportedly agreed to a ceasefire and said they would halt rocket fire — but clearly were not complying with the agreement — even as calls for a truce went unheard by Israel’s security cabinet which convened for a marathon seven-hour session to try and come to some decision on a next step.

In what became the second miracle of the day, that family was not at home at the time their bomb shelter was hit — and there were no casualties.

In accordance with a directive from the IDF Home Front Command, farmers are to refrain from working their fields anywhere within two kilometers from the Gaza border. At the two-kilometer mark, IDF approval is required for any activity or work by farmers or agricultural workers outside.

Intersections and junctions are blockaded on the roads in areas close to the border in southern Israel at this point, but residents of the area are allowed to enter upon presentation of their identity cards.

Residents in the Eshkol Regional Council district have been instructed to remain close to their safe spaces but are able to leave their bomb shelters for short periods to non-essential work places if they have a protected space nearby.

The Israel Nature and National Parks Protection Authority has announced that in accordance with civil defense guidelines from Home Front Command, the Ashkelon National Park, Beit Guvrin National Park and the HaBesor National Park have been closed to the public at this time.

The NATAL Israel Trauma and Resiliency Center hotline for victims of trauma in terror attacks and wartime (1-800-363-363) is open and available to residents of the south and all those who require the services of the agency.

Schools were closed in numerous cities throughout southern Israel on Tuesday, including the Negev capital, Be’er Sheva, and other cities including Ashkelon, the port city of Ashdod, Gadera and all of the Gaza border communities as well.

Ben Gurion University of the Negev also cancelled its Conferment Ceremony of Honorary Doctoral Degrees scheduled for Wednesday (November 14), saying it would reschedule the event for a “later date.”

The Interior Ministry has been ordered to coordinate with Home Front Command for assistance in special equipment to local authorities and residents of the south. Likewise, special budgets are being provided to communities in the south in coordination with the Finance Ministry.

“My heart is with the residents of the south, who once again demonstrate a steadfast position and an exemplary discipline that enables the political echelon and the army to act optimally,” said Interior Minister Aryeh Deri.

All public shelters have been opened in the city of Ashkelon, and the Moked 106 emergency hotline is open and staffed with operators, social workers and an array of psychologists. In addition, the city of Ashkelon is also providing an “anxiety hotline” at: 08-679-2546. 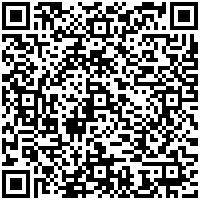