The global head of the Hamas terror group, Khalid Meshaal, whose personal wealth is estimated at $2.5 billion, on Saturday announced that his man in the Gaza Strip, Hamas government’s Prime Minister Ismail Haniyeh, had been “elected” to replace him.

“It is a honor for me to inform our people, our movement’s members, and our nation, the election of Abu al-Abed (Haniyeh’s nom de guerre), my brother Ismail Haniyeh, as the president of the political bureau of the movement,” Meshaal said in a social media video. “I put all of my trust in Abu al-Abid,” he added.

Haniyeh, who spent several terms in Israeli prisons—about four years altogether— became prime minister of the Palestinian Authority after Hamas had won the PA legislative elections of 2006. Then, in June 2014, when Hamas and Fatah were struggling for control over the Gaza Strip, Chairman Mahmoud Abbas fired Haniyeh, but the latter refused to step down and continued as Gaza’s PM to this day.

Meshaal made his announcement from Doha, Qatar, home of the global news network Al Jazeera. It is likely that the new “capo di tutti capos” of one of the most corrupt and violent organized crime group on the planet will move to Qatar to assume his new role, seeing as Israel would make it difficult for him to travel free around the Middle East to prepare terror attacks and converse with Arab heads of state.

In addition to its world renown for shooting thousands of rockets at Israeli civilians, staging numerous suicide bombings inside Israeli civilian centers, using Arab civilians, especially children, as human shields, shooting rockets from hospitals and schools, torturing and executing political enemies and ruling over an impoverished population in the Gaza Strip with a reign of terror, Hamas is second only to the PLO in its leadership’s depth of corruption.

In August 2016, Israel revealed that the Arab manager of operations in Gaza of the international humanitarian NGO World Vision had funneled 60% of World Vision’s Gaza budget to Hamas. The Israeli indictment noted that these funds were used in the construction of Hamas tunnels, military installations, and renovations of Hamas bosses’ private homes. According to NGO Monitor, “World Vision’s failures in Gaza highlight the problems of a multi-billion dollar NGO industry that remains largely unregulated and unexamined. […] Many other international aid organizations [have] similar operations in Gaza, such as Oxfam, Care, Christian Aid, and UNRWA – the United Nations Relief and Works Agency.”

Hamas has also been explicit in its Holocaust Denial, and, in reaction to the January 2000 Stockholm conference on the Jewish Holocaust, issued a press release statinng: “This conference bears a clear Zionist goal, aimed at forging history by hiding the truth about the so-called Holocaust, which is an alleged and invented story with no basis. […] The invention of these grand illusions of an alleged crime that never occurred, ignoring the millions of dead European victims of Nazism during the war, clearly reveals the racist Zionist face, which believes in the superiority of the Jewish race over the rest of the nations. […] By these methods, the Jews in the world flout scientific methods of research whenever that research contradicts their racist interests. 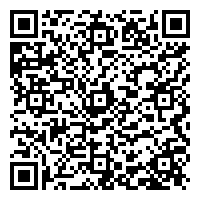