The so-called “Great March of Return” led by Gaza’s ruling Hamas terrorist organization this weekend was no peaceful demonstration of ideals, but rather an intentional threat to the security of the State of Israel.

“The border fence between Israel and the Gaza Strip separates a sovereign state and a terrorist organization,” Israel’s Foreign Ministry said in a statement on Saturday night.


“It separates a state that protects its citizens, from murderers who send their countrymen into danger.

“The fence separates an army that uses force in self-defense and in a focused and proportionate manner, and Hamas, an organization that sanctifies murder and death, that for years – yesterday included – has been intent on harming millions of Israelis.

“Anyone who mistakenly views in this murderous spectacle even an iota of freedom of expression is blind to the threats the State of Israel faces.”

Prime Minister Benjamin Netanyahu also issued a personal statement after the conclusion of the Sabbath, the first day of the Passover holiday.

Posting the comment on his Facebook page, Netanyahu said, “We congratulate our soldiers, who protect our state’s borders and allow Israeli citizens to celebrate the holiday in peace.

“Israel is working with determination and strength to protect its sovereignty and the security of her citizens.” The prime minister currently also serves as Israel’s foreign minister. 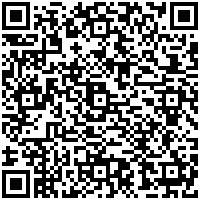