Israel’s security establishment said Saturday night that Gaza’s terrorist community actually lost at least 10 of its operations on Friday — and not five, as Gaza’s ruling Hamas terrorist organization claimed in a statement on behalf of its Izz a-Din al-Qassam military wing — during the so-called “Great March of Return” at the security fence along the border with Israel.

After an evaluation by the IDF and Shin Bet, Israeli authorities said they were able to identify at least 10 terrorists with a clear terrorist background who were killed during terrorist attacks that took place in the course of the violent demonstrations along the border on Friday.

This is not the first time that Hamas — and its ally, the Palestinian Islamic Jihad terrorist organization — and other related terrorist groups have used demonstrations and riots along the Gaza border as a cover for terrorist attacks and attempts at infiltration into Israeli territory. Both Hamas and PIJ are backed by Iran.

Similar actions have taken place a number of times in recent weeks, including one recent episode in which a powerful bomb was planted next to the security fence, along with a Palestinian Authority flag as a trigger for the detonator. 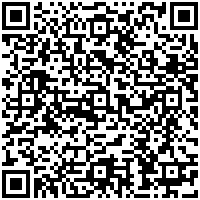