An IDF aircraft targeted a group of Palestinian Authority terrorists who have been launching arson balloons at Israel from the southern Gaza Strip.

Israel Defense Forces attacked the infrastructure used by the Gaza fire kite and fire balloon terror squadron, and the vehicles it has been using.

In addition to the IDF attacks earlier Sunday on a group of Palestinian Authority terrorists who have been launching arson balloons in the southern Gaza Strip, an IDF aircraft targeted infrastructure from which the group had been operating, as well as a vehicle they had been using, according to IDF Spokesperson Lt.Col. Jonathan Conricus.

The air strike targeted a cell that has been flying firebombs (Molotov cocktails) attached to the fire kites and helium balloons over the Gaza border and into Israeli farms and forestland, setting fire to both.

Since March 30, more than 300 fires have been recorded and hundreds of acres of farmland have been destroyed, resulting in tens of thousands of dollars’ damage to agricultural and other farm equipment. Rare flowers, bee hives, natures reserves and woodland are going up in flames. An entire year’s worth of food has been burned to the ground by the terrorists.

Damage to Israeli agriculture is estimated at approximately $1.4 million so far — and that sum doesn’t include the inestimable damage to the ecology, and the damage to Jewish National Fund forestland.

“The IDF will continue operating to thwart attacks that threaten the safety of Israeli civilians,” said the IDF Spokesperson. “The Hamas terror organization is responsible for everything happening in and from the Gaza Strip, and it will bear the consequences.”

Some of the fires are being set by terrorists who manage to infiltrate into Israeli territory through the security fence along the border with Gaza, carry out their arson attacks, and then escape back through the fence into Gaza once more.

IDF forces are working hard to identify and block infiltrations, which Hamas is working to hide through the weekly riots and other violent activities carried out by the thousands of Gazans massed along the border. 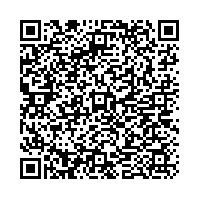