A senior official in the Iranian administration has admitted for the first time that his country was involved in the September 11, 2001 suicide attacks on the United States that began at the Twin Towers of the World Trade Center in New York City, according to a Hebrew-language news report posted this weekend in Israel.

In an interview broadcast on Iranian television two weeks ago and distributed recently on social networks, Mohammad Jawad Larijani, a senior Justice Ministry official who heads Iran’s Human Rights Council, said Iran had aided al-Qaeda terrorists who carried out the attacks by allowing them free passage, as well as shelter for some of them.

Larijani, whose brother Ali is the speaker of the Iranian parliament, said that Tehran’s intelligence services conducted a secret operation in which they provided assistance to the terrorist operatives who used Iran as a transit station and confirmed some of the suspicions raised by the American investigation of the attacks.

“The al-Qaeda people were constantly moving between countries like Saudi Arabia and Afghanistan and Iran,” he said. “Whenever they entered Iran by land or air, they asked us not to stamp their passports. They changed planes and were in Tehran for an hour or two, then left without being registered. Our government agreed to this and they were under the supervision of Iranian intelligence all along,” Larijani said.

In one instance Larijani said one of the pilots who carried out the attack on September 11 commented that he was sitting next to a senior Hezbollah leader during a flight that took place in Iran.

According to the Iranian official, the assistance his country has provided to the terrorists was designed to help them avoid the surveillance of foreign governments and cover the traces of their movement. He also confirmed that al-Qaeda officials were in constant contact with Iranian intelligence agents.

This comes in addition to previous testimonies gathered by the United States, which clearly indicate a continuing relationship between now-deceased al-Qaeda leader Osama bin Laden and Iranian officials.

Some of the documents seized in the raid that led to the killing of bin Laden seven years ago in Pakistan indicate that al-Qaeda operatives were trained in Hezbollah camps in Lebanon, and that Iran was willing to help the terrorist organization with funding and weapons in exchange for attacks against American targets in the Middle East.

Among the documents later revealed in Bin Laden’s handwriting were letters describing how negotiations should be conducted with Tehran.

Bin Laden himself admitted that Iran played a major role in the organization’s movement throughout the Middle East and wrote that it was forbidden to open a front against the country because of the organization’s strong relationship with the ayatollahs. The Iranians also assisted al-Qaeda operatives who were on an operational mission to obtain visas and transit documents, and provided shelter for some of them.

Last month, a court in New York ruled that Iran must pay $6 billion in compensation to the victims’ families of September 11. The judges ruled in their verdict that there was conclusive evidence that official Iranian officials took part in the preparation of the attack and provided material assistance to al-Qaeda.

“The Islamic Republic, the Revolutionary Guards Corps and the central Iranian bank were all responsible for the terrorist attacks that took the lives of thousands of Americans,” wrote Judge George Daniels.

Even the official report on the U.S. government investigations of terrorist incidents indicated that al-Qaeda officials who participated in planning and coordinating attacks met with terrorists on European soil sponsored by Iran.

For example, the Iranian embassy in Berlin issued a visa to Ramzi Bin al-Shibh, a senior al-Qaeda official who met in Amsterdam with Muhammad Atta, hijackers of American Airlines Flight 11 that struck the Twin Towers.

From there, al-Shibh went to Iran and then to Afghanistan to hand a report to bin Laden and his deputies on preparations for the attack. The documents also revealed how Saif al-Adal, one of the organization’s closest associates to bin Laden and who ordered the attacks in Riyadh in 2003, was trained in the Hezbollah camps in Lebanon and later in Iran. 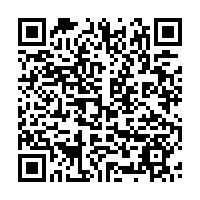