Referring humorously to the Israeli custom of pushing off all projects until “after the holidays,” Defense Minister Avigdor Liberman (Yisrael Beiteinu) on Friday morning tweeted: “We passed the month of Tishrei exactly as we had planned, without a conflagration and with a heavy toll from the rioters on the Gaza border. ‘After the holidays’ has arrived, and I tell Hamas leaders: ‘Take this into account.'”

The military apparatus this week has raised its readiness in the south significantly, while issuing calming statements that things are likely to remain as relatively quiet as they have been over the past month or so. But as Fridays along the Gazxa Strip border fence have grown rowdier, with an estimated 100 hand grenades and other explosive devices being thrown at IDF soldiers last Friday, the army has moved more troops to the scene, including snipers.

The IDF Spokesperson issued a statement saying the forces in the area are prepared to prevent terrorist activities, including infiltration attempts into Israel over the security fence. “The IDF is prepared and ready for a variety of scenarios and sees Hamas as responsible for everything happening in and out of the Gaza Strip,” the IDF Spokesperson said.

Liberman is in a fight for his job with his archenemies within the coalition, Education Minister Naftali Bennett (Habayit Hayehudi) who has been a vocal and merciless critic of the Defense Minister, arguing that he has turned the IDF into a static, defensive army, when it must be pushed to maintain its dynamic offense, which has always been the secret of its success. 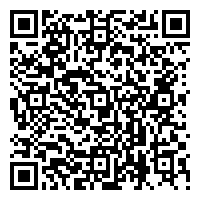