Prime Minister Benjamin Netanyahu will soon announce his choice for his next military secretary, but according to Ha’aretz pundit Yossi Verter, so far the PM has rejected three brigadier generals suggested by IDF Chief of Staff Gadi Eizenkot: Yehuda Fuchs (Gaza Division), Yaniv Asor (Golan Division) and Uri Gordin (Reserve Paratroopers Brigade). Netanyahu cannot directly pick his choice for MS, since the position is under the control of the Chief of Staff. So, until Eizenkot comes up with the man Netanyahu wants, things will remain at a standstill.

According to Verter, the nomination the PM wants and the Chief of Staff does not is Brigadier General Ofer Vinter, chief of the Central Command staff. Vinter wears a knitted yarmulke and represents the cadre of quality career officers produced by the National Religious education system. He lives in a religious communal village in lower Galilee, married, father of eight who was the youngest division commander ever to become a grandfather. He is admired in the religious sector for all of the above, but mostly for his famous (or infamous, depending on your political inclination) daily order of July 9, 2014, just as Operation Protective Edge was starting in Gaza.

“History has chosen us to be at the forefront of fighting the Gazan terrorist enemy, who is vilifying the God of Israel,” then Colonel Ofer Vinter wrote his soldiers of the Givati Brigade. The reference to I Samuel 17:26 was not lost on his secular and religious public school graduates: David said to the men standing with him, “What reward will be given to the man who kills this Philistine and removes this disgrace from Israel? Who is this uncircumcised Philistine anyway, that he vilifies the armies of the living God?”

The remnants of Israel’s left who still command key positions both in government and the military jumped out of their skins at the embarrassing news of an IDF commander who sees himself and his soldiers as the heirs of King David and his victorious armies. That’s all they needed, a messianic general.

But the same leftwingers blew perfectly good gaskets when they read further down the same daily order that Vinter told his men: “I look up at the heavens and call out to you, ‘Shema Yisrael, the Lord Is our God, the Lord Is One,'” and then: “God the Lord of Israel, send us success in our paths as we are going to fight for the sake of your people Israel against an enemy that defames you,” and, “Help make come true in us the verse that says: ‘For the Lord your God is walking with you to fight your enemies to redeem you.'”

Reform clergy Uri Regev condemned the God-loving commander for daring to mix his religious faith with his military duties, as did many other anti-Orthodox Israelis in the media. It didn’t help slow down Vinter’s career. He is simply too talented and valuable. In 2015 he received an Administration for the Development of Weapons and Technological Infrastructure prize for creative thinking, for an innovative method devised and implemented under his command to deal with the Gaza Strip terror tunnels.

Indeed, it was Vinter who kept feeding Habayit Hayehudi Chairman Naftali Bennett information about the Gaza tunnels, which the latter kept bringing to the security cabinet discussions during the war – until the Army gave up its resistance and finally agreed to attack those tunnels.

The fact that Netanyahu is unafraid of selecting a gifted officer to serve as his military secretary despite this officer’s ties to the PM’s chief rival on the right deserves a compliment. Netanyahu values talent, and the fact that the move would endear him to Israel’s rightwing is a fine bonus come the next elections. 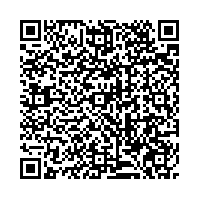