The Jerusalem Magistrate’s Court convicted a local butcher shop company, its owner and manager, who engaged in illegal trading and selling of shark meat, Israel’s Nature and Parks Authority reported on Sunday. The defendants were fined 20,000 shekel ($5,518) altogether.

The offense, which led to the indictment and the conviction, took place on March 28, 2017. Police and Border Police officers seized a suspicious hand truck that was pushed through the Damascus Gate in Jerusalem with four dead sharks in it. The cart was being pushed by employees of the butcher shop, who were bringing the sharks for sale there.

Following the seizure of the sharks, inspectors from the Israel Nature and Parks Authority were summoned to investigate the incident. Upon the completion of the investigation, an indictment was filed against the defendants for illegal possession and trafficking of protected natural assets.

As part of a plea bargain reached with the defendants, they admitted to the offenses. The registered company that holds the butcher shop was fined 10,000 shekels ($2,780) and a signed financial obligation worth 20,000 shekel ($5,518) not to repeat any of the offense for which it was convicted, for a period of 3 years.

According to On Valensi, head of supervision, enforcement and investigations at the central district of the Nature and Parks Authority, “Sharks are defined by law as a protected natural asset and their population in Israel is in danger of extinction. In light of this, inspectors of the Nature and Parks Authority are working in a variety of ways to reduce and eradicate any illegal harming and hunting of sharks, among other things, by supervision and enforcement at sea, and with merchants and fish restaurant owners. This in addition to informing the fishermen community and seafarers as well as taking legal action against violators.”

According to Shai Peretz, a criminal lawyer in the legal department of the Israel Nature and National Parks Protection Authority, “the defendants were accused of harming protected and rare natural assets for money. […] It is our hope that the court will continue to levy heavier sentences and thus eliminate the economic incentive for individuals who commit such crimes.” 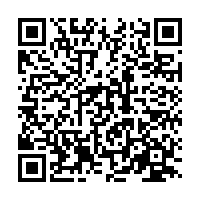