No less than 14,000 housing units has been approved by the Netanyahu government for the 50,000 Arab residents in Area C, which is under full Israeli control. The plan will double the city of Qalqiliya, which in Area A, carving out a significant slice of Area C, Srugim reported Wednesday. Meanwhile, only about 2,000 housing units were approved by the same government a week ago for the 450,000 Israeli residents of Judea and Samaria, all of whom live in the same Area C.

The Oslo II Accord Judea and Samaria into three administrative divisions: Areas A, B and C. Area A is exclusively administered by the Palestinian Authority; Area B is administered by the Palestinian Authority and secured by Israel; and Area C, which contains all the Israeli settlements, is administered by Israel. Areas A and B were gerrymandered to contain only Arabs. This still left between 50 and 70 thousand Arabs in more than 100 communities in Area C, some of which border large urban centers over in the Arabs-only sections.


The new, massive construction in Qalqilya will effectively circle the Jewish community of Tzofim in the Samaria mountains. The Regavim movement, which legally represents Tzofim, has filed a legal objections to the planned expansion of of Qalqiliya.

“The Palestinian proposal is a planning disaster,” said a Regavim official. “Instead of approving dense urban construction in high risers, based on the existing plan, the new plan allows for low construction over a huge area, unreasonably wasting local land resources.”

The Prime Minister’s office issued a statement saying: “This plan was submitted by the Defense Minister last year and approved by the cabinet. Since then, more than 10,000 housing units have been planned and approved for Jewish settlement. Therefore the claim is incorrect and even absurd.”

Yossi Dagan, head of the Samaria Regional Council, said in a statement: “This is a scandal, pure and simple. While a measly 66 housing units have been approved for the entire Shomron Regional Council, the political echelon decides to grant the terror city of Qalqilya the ultimate prize: multiplying its area and multiplying the population.”

“I ask you, has this government has lost its brakes? Have we gone completely mad? Is there no limit to the lack of credibility?” Dagan’s statement rages. “The government can’t possibly continue speaking in two contradictory voices, in the morning claiming that we are doing everything for the settlements and in the evening to stop construction in the settlements and to promote Arab construction.”

“We won’t be able to allow this government to continue with its deception,” Dagan threatened. 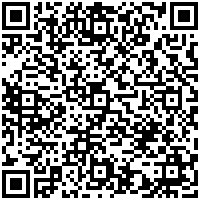