The IDF and Israel’s security forces launched Operation Breaking Dawn on Friday afternoon after days of tension in the south and an imminent threat of an attack by the Islamic Jihad terror organization on Israeli targets.

Almost a week ago, on Monday night, Israeli Special Forces and the Shin Bet security service operated in the Jenin refugee camp in Samaria and arrested Sheikh Bassam al-Saadi, the leader of the Islamic Jihad terrorist organization in the region.


The arrest was accompanied by a heavy battle between Israeli forces and dozens of terrorists, during which one terrorist was killed and others were injured.

In response to the counterterrorism operation, the Islamic Jihad “declared a high alert and an increase in the readiness of our Mujahideen, and operational combat units.”

The Islamic Jihad initially thought that al-Saadi has been injured during the operation, and so Israel’s security system leaked photos of him smiling and in good health while in their custody.

However, after threatening an attack, the Islamic Jihad had obligated itself to strike against Israel and refused to back down.

Responding to the threats, the IDF shut down all the roads surrounding the Gaza Strip for four days, stopped all train traffic in the area, banned farmers who have fields adjacent to the border from attending to their crops, shut down the Zikim beach, and blocked access to high points in the area, and stopped the entry of workers from the Gaza Strip into Israel.

The IDF said that the Islamic Jihad had planned to retaliate to the arrest with sniper fire or anti-tank rockets.

This was the highest state of alert the area has experienced since Operation Guardian of the Walls in May 2021.

After understanding that it had no other options, the Israeli Air Force (IAF) conducted a preemptive strike, Operation Breaking Dawn, against senior Islamic Jihad terror commanders and terror cells who had been planning an attack against Israeli targets.

“Due to the imminent threat of attack against Israeli civilians posed by the Islamic Jihad terrorist organization in Gaza, we began Operation ‘Breaking Dawn’ earlier today,” the IDF stated Friday.

The goal of the operation as defined by the IDF is “the elimination of a concrete threat against the citizens of Israel and the civilians living adjacent to the Gaza Strip, as well as the targeting of terrorists and their sponsors.”

Prime Minister Yair Lapid stated Friday after the operation was launched that the Israeli government “will not allow terrorist organizations in the Gaza Strip to set the agenda in the area adjacent to the Gaza Strip and threaten the citizens of the State of Israel. Anyone who tries to harm Israel should know: we will find you.”

As of Sunday morning, the terror organization has fired over 600 rockets at Israeli cities, including at Tel Aviv and the Jerusalem area, sending millions of citizens running for shelter. The majority of the rockets fired at Israel, about 95%, were intercepted by the Iron dome defense batteries deployed across Israel.

Dozens of Israeli were treated by emergency medical teams for light injuries incurred while running for shelter and for shock.

A high number of rockets fell inside the Gaza Strip, one of which fell in the heart of Jabalya and killed several Gazans, including four children, near a mosque. 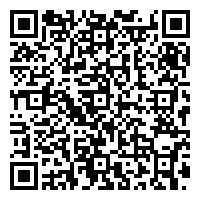