Israel’s combined security forces have exposed and captured a Popular Front for the Liberation of Palestine (PFLP) terror network that was financed and trained by Iran and the Lebanese Hezbollah terror group.

The Shin Bet (Israel’s Security Agency) revealed Tuesday that it had exposed in recent months the activities of a terrorist cell that operated under the guise of a civilian welfare organization called “Al-Shabab Alqumi Al-Arabi.”


The cell was exposed during the interrogation of Yazan Abu Salah, 23, a PFLP activist and resident of Araba in the north.

Yazan was arrested for questioning in April 2020, during which information was received about his involvement in planning terrorist attacks in the Judea and Samaria area. As part of his preparations for the attacks, he purchased weapons and recruited activists who headed two different squads, one in the Samaria area and the other in Ramallah.

During his interrogation, he said that he planned for the squads to carry out various serious attacks, including an attack in the city of Harish and the abduction of an IDF soldier as a bargaining chip for the release of terrorists from the Israeli prison.

Yazan said during his investigation that he drew inspiration for planning and carrying out the attacks from the August 2019 PFLP attack on Ein Danny, in which 17-year-old Rina Shnerb was murdered and her father and brother were injured.

Yazan’s interrogation revealed his connections to the Al-Shabab Alqumi Al-Arabi organization, under which the organization’s military wing, the Al-Kharas Alqumi Al-Arabi, operates. The military arm’s activities focus on operations in Syria against the Islamic State (ISIS), Al-Nusra Front and opponents of the Syrian regime.

Yazan was expected to leave for military training in Lebanon, including shooting, weapons production, drone operations and more.

Following Yazan’s interrogation, Muhammad Abu Salah, 29, Yazan’s cousin, a resident of Bir Zeit, was arrested for questioning. During his interrogation, it emerged that the organization conducts joint training with elements in Iran, as well as with Hezbollah and the Syrian army, and these also constitute funding bodies for the organization’s activities.

The organization is headed by Assad Al-Amali, known as “Du Al-Pakar”, who operates from Lebanon and is the organization’s liaison with Iran and Hezbollah. He operates on behalf of Iranian elements in Syria.

The Shin Bet subsequently arrested eight other activists who were involved in planning terrorist attacks against Israeli targets.

“The investigation into the affair once again emphasized the close ties that exist between Iran and Hezbollah and the Popular Front terrorist organization, in favor of promoting terrorist activity against Israel,” the Shin Bet stated. 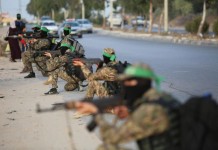 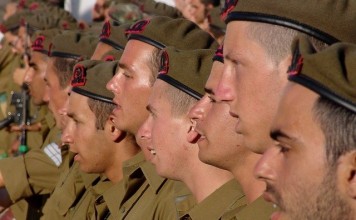 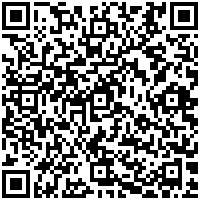